Ashtoreth is a tall female demon who currently has two songs, being Stylish Sacrifice, and Ticket to Tartarus. Crit-nuke, the developer of the mod, is planning to add one more song, as said on the official GameBanana page.

Ashtoreth appears to have drab white skin and wears a mixture of dark colored clothing. She has two back horns that split, with a large copper colored demonic halo above her head. She has long white hair that covers ash much as he left face and black eyes with white pupils. She also wears a large black revealing robe with multiple red patterns on it, along with black laced thigh-high boots with a grey leather belt wrapped around the top.

Ashtoreth: What are you two doing here?

Ashtoreth: Well, you're dragging a creature like that around with you.

Ashtoreth: Slipping into my plane was an accident bound to happen.

Ashtoreth: I suppose you're lucky it seems to like you.

Ashtoreth: Getting back out for her won't be hard,

Ashtoreth: but for you,

Ashtoreth: The way back out will require a sacrifice.

Ashtoreth: I suppose you both did manage to slip all this equipment in here with you,

Ashtoreth: so how about it, best two out of three?

Ashtoreth: After all, what's the point in new toys if you don't play with them?

Ashtoreth: You good for nothing worm!

Ashtoreth: Do you have any idea?! The centuries I've spent down here alone!

Ashtoreth: My only contact with the physical plane a bunch of dolts I managed to send visions to!

Ashtoreth: The audacity you hold! To try and take away my only chance out of here!

Ashtoreth: You think I want to be bound by these insufferable rules?!

Ashtoreth: If I had any say in this I'd-

Ashtoreth: I need to play along do I?

Ashtoreth: Then I won't make it easy! 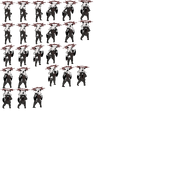 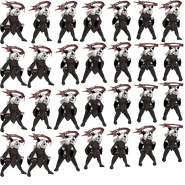 Portraits used for the mod

The logo used for the mod 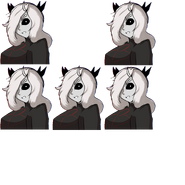 Ashtoreth as seen in the title screen 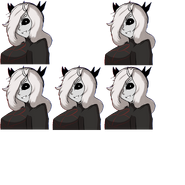 Ashtoreth once pressing the start button

The menu background used for the mod

Ashtoreth as seen in the Campaign UI