Pico and Boyfriend (Both canon Exes)

Friday Night Funkin' (Boyfriend)
Pico's School (Pico)
The BF X Pico mod is a skin mod created by Valaissexy that replaces Boyfriend with slightly redesigned versions of him and Pico together as a pairing.

Boyfriend is a light skinned man with spiky, slightly messy cyan hair. He wears a white t-shirt with a red prohibition sign on it, blue baggy pants, red sneakers and a backwards red cap with a dark blue brim. In this mod, he also has black fingerless gloves as well as an x-mark on his face. He holds a microphone in his right hand while either keeping his left hand in his pocket or around Pico.

Pico's a young, light-skinned man with rounded ginger hair with a small bang that's going almost over his left eye. He wears a green shirt, beige pants and a pair of maroon sneakers with orange laces. In the mod, he is shown to be a little more nervous than his canon counterpart and is this way the whole time while being held by Boyfriend, with him often appearing with a small blush during some of his animations. He has no gun, and he holds his left hand out while his right holds Boyfriend. 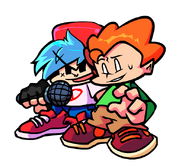 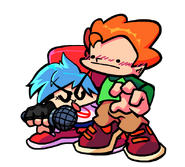 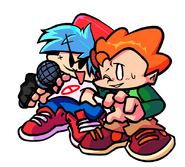 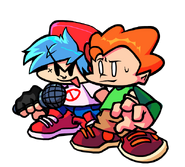 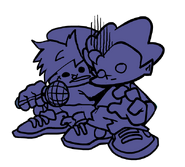 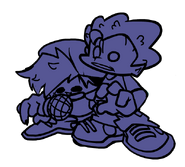 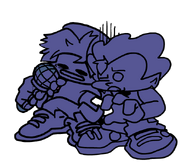 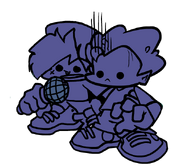 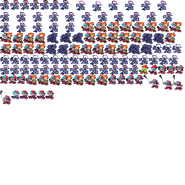