Upcoming: A upcoming remaster is planned despite the old update being cancelled.[1]

Reason: A sexual reference in the beginning cutscene in Surf's Up.

I- I'm sorry man, it's not that serious. - Simulation Shaggy

Reason: SquizzleDizzle made a joke on his Twitter, saying that he was transphobic, which recieved a lot of backlash. This resulted in Squizzle cancelling the old update. However, Squizzle says he was manipulated by a person known as "LimeLazy" into saying the joke due to LimeLazy having his personal information, and LimeLazy being older than him. [2] He has now learned from his mistake, and is planning to update the mod once again.

“Oh, look who showed up to the party.”
― Beach Brother, Beginning Cutscene

Beach Brother is a mod centered around Girlfriend's lifeguard brother. This mod entirely takes from the summer aesthetic, with Girlfriend and Boyfriend changed to account for them being on the beach.

Beach Brother is the same as his parents, he has purple skin and horn-shaped spikes in his hair. His design shows him off as being a lifeguard, which is obvious, since his name is "Beach Brother", and he also has a red whistle in his mouth.

He wears red swimming shorts, massive black shoes and a super dope pair of shades. He wields a rescue tube.

In his newer appearance, he has ditched the red whistle (although the whistle being gone was confirmed to be a mistake) and is now significantly taller and buffer. He also has with him a surfboard instead of a rescue tube he used to have.

Note: All of these cameos are not canon to Beach Brother's story.

Beach Brother: Oh, look who showed up to the party.

Beach Brother: If you want her heart, then you're gonna have to show me what you've got.

Beach Brother: The show's not over yet, don't think I'm gonna let you go that easily.

Beach Brother: Get ready for round 2, punk.

Beach Brother: Alright runt, I've had enough of you.

Beach Brother: You've made me look bad in front of an entire crowd.

Beach Brother: Good luck on this next one, because you're gonna need it. 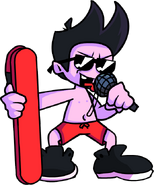 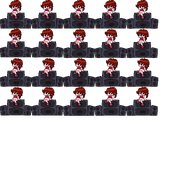 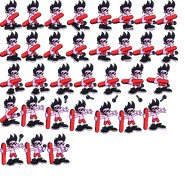 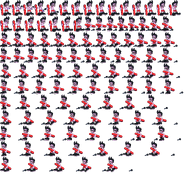 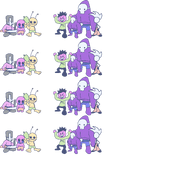 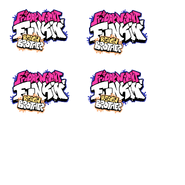 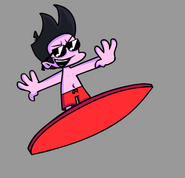 A picture posted by Squizzle Dizzle on Twitter showing The Brother on a surf board. This image is supposedly a teaser for an upcoming update.

This menu background was teased from the cancelled Beach Brother update. 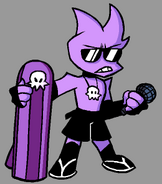 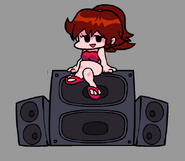 A teaser showing the updated look of Girlfriend's beach outfit

Alternate versions of him (Normal, B-Sides, Neo, Outline Neon, But Bad, Minus)

Minus Beach Brother with Minus Tricky and Minus Zardy made by IagoAnims, the creator of FNF Minus.

A Redesign of Beach Brother by Squizzle. As said by him "Hey guys, here's if I made remade Beach Brother's design" 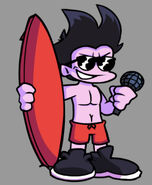