Blast to The Past

Holy shit, it's been a long time since I said my name to someone - Javier

Reason: Only has the old 3D icons.

THERE IS NO ESCAPE.”
― FireIce, No Escape


Were you perhaps looking for a different Fire?

FireIce is a purple soft-spoken Cat Icon from Geometry Dash, the game released by RobTop in 2013, and he has decided to challenge Boyfriend! Will our Blue Hair Pal prevail or will FireIce show him his true power? How could things possibly go wrong in this scenario? Either way Fireice has other tricks up his sleeve...ball....hands, whatever you call these things that act as hands.

FireIce is a small, square, purple cat with black eyes, a white belly and snout, and he has 7 darker stripes along his head. His ears are simply triangles, and his hands are purple balls.
In his Demigod form, he turns much lighter, and he looks bothered.
In Crime, he turns 3d and he loses his hands.

In his old version, he had no hands, and he had a crudely-drawn silver microphone.
Finally, in his upcoming remasters, he will look much more in-style with Friday Night Funkin', and in his Demigod remaster, his eyes flash white, he is still lighter in color, and he will gain a white flaming aura around him.

FireIce: "I'm afraid we have met before."

FireIce: "This used to be the song we used to sing a while back."

FireIce: "I think you still remember it."

FireIce: Heh, you still remember it?

FireIce: I took another one of our old songs and switched it up a little, think you can keep up?

Corrupt: Let's see if this works...

FireIce: That was fun-
[screen flash]
[FireIce is now in his demigod form, and his eyes are flashing black and white.]

FireIce: We had fun together, but now....

FireIce: THERE IS NO ESCAPE.

FireIce: Oh, you're back?

FireIce: I thought you'd just leave or something, but I guess you want to sing again, right?

FireIce: You want a challenge?!?!?

FireIce: You know I'd end up killing you, right?

FireIce: If you insist, but try not to die!

FireIce: I can't think of a good original song, so I'll just take one from Tricky.

FireIce: No need to be so rude, I wasn't in control there.

FireIce: I was trying to signal that to you!

FireIce: "I am not going out without a bang."

FireIce: "Show me all you've got!"

FireIce: "Unless you are not on a specific difficulty."
[If the chosen difficulty is not Hard, then the game crashes if possible in modding+]

FireIce: "So you picked the difficulty. I wanted."

FireIce: "Heh. I may had some rivarly with The Robot of Death, but I stil am ready for all the difficulties!"

FireIce: "I can manipulate the BPM all I want, whenever I want, anytime I want."

FireIce: "I hope you are ready."

Cameos in Other mods

This week will be unlocked by pressing 7 in any song, instantly sending you into Crime. 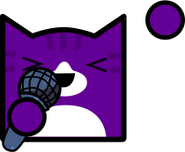 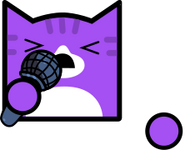 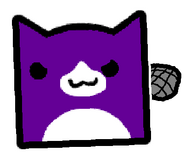 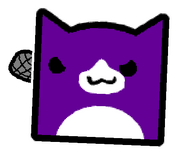 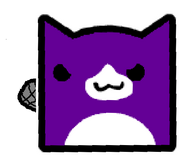 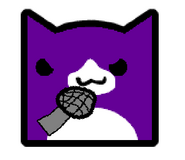 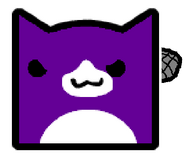 A cutscene for No Escape, which was scrapped.

one of the joke intro texts, referencing the original VS Corrupt mod 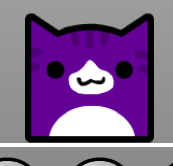 The background for Crime.