Boyfriend's Dad is a mod created by MizanPloz, that replaces Daddy Dearest.

Boyfriend's Dad appears as a very tall man, and just like his wife, he also has sparkling yellow eyes. He has desaturated indigo hair and light stubble on his chin. He wears a dark grey shirt under a white tuxedo with golden buttons, white pants with a gold belt, dark grey sleek shoes and a blue and turquoise striped tie.

In Week 5, he wears a Santa Claus outfit, complete with a fake beard. 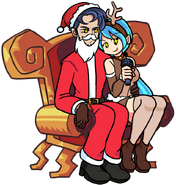 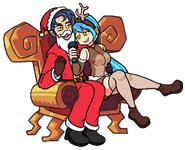 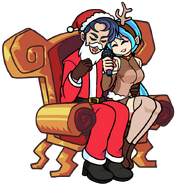 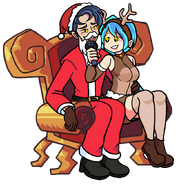 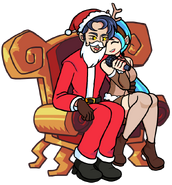 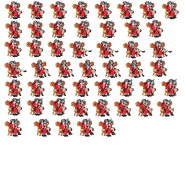 Ritz, Miku and Boyfriend next to their parents, replacing Santa for Week 5

Nene, Darnell and Girlfriend in the background of Week 5 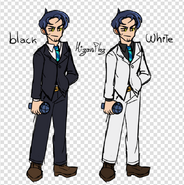 Oliver and Alice in the loading screen, as well as Kaity and Chris.

Ditto, but with stars in his and Alice's eyes.