Funkipedia Mods Wiki
Register
Don't have an account?
Sign In
Advertisement
in: Unfinished pages and stubs, Work in progress mods, Mods with missing downloads,
and 17 more

Could you direct me to the correct way to reach Caleb Lightpaw? - ENA

No download link was given by the author of the page. Please help Funkipedia Mods Wiki by providing a download link if you have one! If unchanged it may become a candidate for deletion.

Even if it is a WIP, Unreleased Mods must still have a significant amount of progress before a page can be made!

Caleb Lightpaw is the main protagonist of the upcoming animated web-series True Tail. A mod for him was made by EndaTheStar.

Caleb is a kitten with grey, pearl bush colored fur. On the top of his head, there are two small tufts of fur. His nose and the inside of his ears are pink while the underside of his back paws both have light pink pads. He has a line between his nose and mouth which is known as a philtrum, and he appears to have fangs. He has a missing bit in his left ear and a spot of darker colored fur over his left eye. On each side of his face there are two whiskers that protrude from each cheek.

Caleb wears brown pants and a green, long-sleeved shirt with yellow accents. He also has a bandage wrapped around his tail. 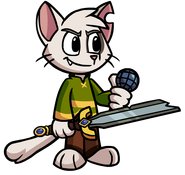 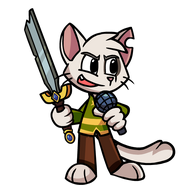 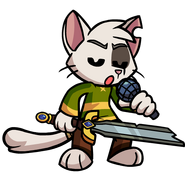 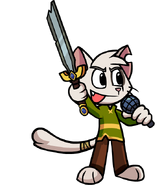 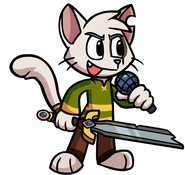 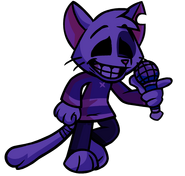 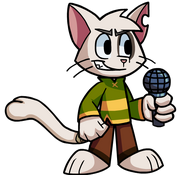 Caleb as he appears in True Tail 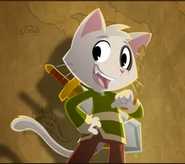 Caleb as he appears in True Tail (Prime/Old Version) 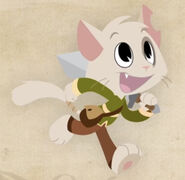 Caleb as he appears in True Tail (Early Version)