Funkipedia Mods Wiki
Register
Don't have an account?
Sign In
Advertisement
in: Unfinished pages and stubs, Characters, Pico,
and 12 more

Reason: Gallery needs to be expanded.

Were you looking for Cassandra (Ramen Noodiles)'s mod?

“Enough of this crap! I've been listening to goth music all my life... It never said anything about apples!”
― Cassandra, Pico's School


Cassandra is the main antagonist of Pico's School.

Cassandra seems to be a reskin of Pico with some differences. She wears a dark-gray shirt with black sleeves, red baggy pants and gray shoes with red accents, along with a red scarf. Her hair is short with two horn-like protusions. She sports red lipstick and nail polish. 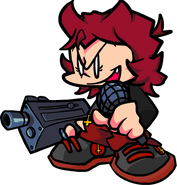 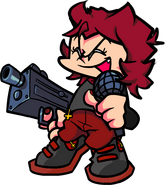 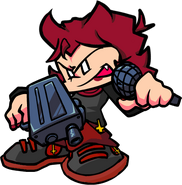 Thumbnail for the mod 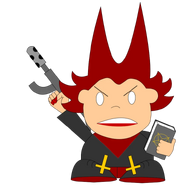