View source
You should probably watch "What Happened To Crow 64?" before reading this page.
Unsettling Themes

Reason: Character comes from an ARG that contains disturbing content

Mix of Brown and Orange and Black

Catastrophe Crow is a character that appears in a 2020 ARG of the same name created by AdamButcher on YouTube. She replaces Pico.

According to Adam, Catastrophe Crow is a lost Nintendo 64 game he found and bought on eBay and he made a video about it to start his ARG.

Catastrophe Crow is a rather simple polygonal black colored crow with yellow eyes, beak and feet, a bandage can seen on their right wing while they hold the microphone in their left. 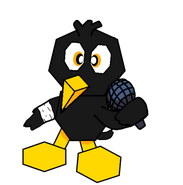 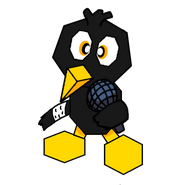 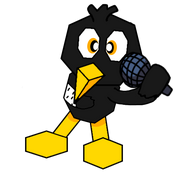 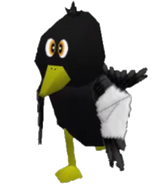