Were you looking for HarryLTS' mod that uses this skin's article assets or Hexar's Chara mod?

Chara is one of the main characters in Undertale and members of the Dreemurr family. They narrate your actions and appear visually during Asriel's fight and at the end of the genocide route. Chara's mod was created by SnowTheFox and they replace Girlfriend assets for them to sit in the speakers.

In the mod, their design is directly based on the design used in the Undertale/Deltarune fangame DONTFORGET; which gives them slightly longer hair which also covers their left eye, as well as not separating their shoes and pants. Additionally, to resemble Girlfriend more, they have a distinctly feminine figure. In Week 5, they wear the exact same gloves and bell earring as Girlfriend. 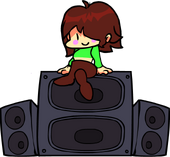 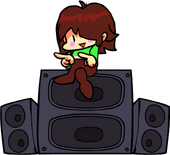 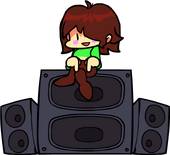 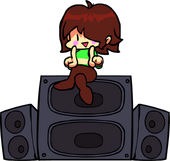 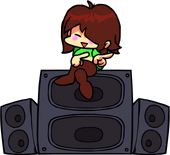 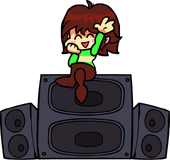 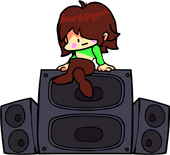 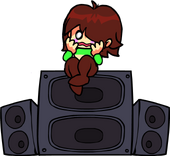 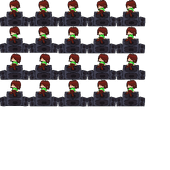 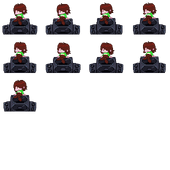 This skin is often paired with the Frisk skin, due to Chara's speculated omnipresence throughout Frisk's journey as their narrator.