Reason: The rest of Boyfriend sprites by poses.

Not to be confused with Chara

Chira is a female 50's cartoon who escapes from her habitat to turn those around her into a 50s caricature.

Chira is a 50's cartoon character with pale white skin and light gray hair. Part of Chira's hair covers her right eye while the other eye is visibly seen. Her outfit consists of a dark gray short-sleeved jacket with a matching-colored skirt, over a light gray shirt with 2 black buttons. She also has light gray gloves, a gray bowtie, and dark gray knee-high boots. Furthermore, Chira carries an old-fashioned microphone in her left hand while having a cheerful smile on her face.

Poison: Not dissimiliar to Tabi, every note she hits drains your health. However, this could lead to a game over much faster as she drains as much health per notes as you would for every note hit.

Spiral Note: Notes patterned with a spiral behaves like a normal note would, except they restore much larger amounts of health when hit. It is reccommended that you hit as many of them as you can, as this serves as a counter for the previous mechanic. They also cause spirals to appear on Boyfriend's eyes, as if he's being hypnotized.

Vibrating Strum: Your strum vibrates constantly. This is only for cosmetics. 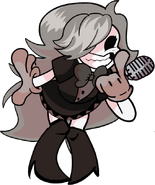 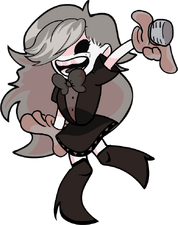 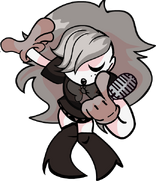 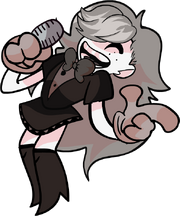 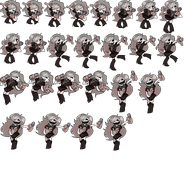 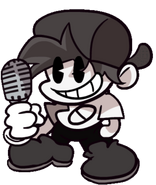 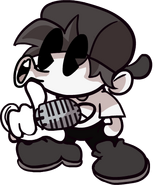 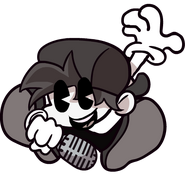 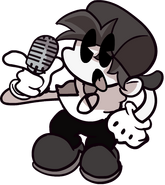 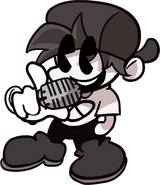 Girlfriend in the Chira mod 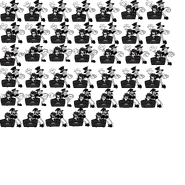