Jack in the Box Jester

“By the way, may I interest you in a marketable plushie? They're totally legal and we definitely got the character rights for them!”
― Clownso, Pre-Carnival Chaos


Clownso is a chaotic clown/jester character created by Lavendett. Their only purpose is to entertain themselves by causing havoc to others. Although not a huge threat, they are not someone you want to stay around for long. They’re the mascot of the local fair where they meet Boyfriend and Girlfriend.

Note: All of these cameos are not canon to Clownso's story.

Narrator: Boyfriend and Girlfriend are walking towards what seems to be a fair, with music playing in the distance. Girlfriend is thinking about the two of them having a picnic... and then holding hands, as she blushes and shakes a little bit.

Narrator: Girlfriend notices something in the distance, as Boyfriend is already looking at it, his eyes all sparkly. Girlfriend crosses her arms.

Narrator: It's a jack-in-the-box! Ignoring the obvious handle on the side, Boyfriend takes a good look at it from all angles, while GF looks at it oddly.

Clownso: Well of course I know you! It's like this whole WORLD REVOLVES AROUND YOU!

Clownso: The name's Clownso! What brings you to my oh so lovely fair?

Clownso: Ah, a date with your girlfriend? Of course! You even brought the necessary stuff!

Clownso: And your never ending hunger for temporary amusement to forget the meaningless cycle of life!

Clownso: If I win, I get your credit card and the wacky numbers on the back!

Clownso: A free ride on the unofficially licensed Clownso Carousel!

Girlfriend: Yeah, um... we kind of need our credit car-

Clownso: Alright my lil clownlings, it's time to get dressed!

Clownso: -even though you already look the part...

Girlfriend: We're not gonna put on a cl-

Clownso: Wow you actually did great!

Clownso: Great on a preschool level!

Girlfriend: Didn't we win though...?

Clownso: Well, we have no other choice...

Clownso: BUT TO HAVE A REMATCH!

Girlfriend: We're gonna be here a while...

Clownso: Yeah yeah, you might be good at rapping..

Clownso: But rapping wont get you any bitches.

Girlfriend: We should get out of here bf, it's getting a little late...

Clownso: Counter argument, give me your money.

Girlfriend: Nah, I think we are just gonna leave.

Clownso: Oh but trust me, the fun is just the beginning! KYAHAHAHAHA!

Clownso: After all it's just a game...

Clownso: A silly little program you'll get rid of and forget once you're done..

Clownso: So, let's have some fun while im still here!

Clownso: Isn't this already normal for you?

Clownso: Listen up nerds, I'm gonna beat you, and then get your money.

Clownso: And then I'm going to buy a monkey with it!

Girlfriend: You're doing this all... FOR A MONKEY?! WHY?!

Clownso: idk, it just sounds fun, I want an orangutan

Narrator: Girlfriend cheers BF on, as he does a peace sign.

Narrator: Clownso seems understandably angry about all this, before something hits him, making him drop his microphone.

Narrator: Girlfriend is kissing Boyfriend's cheek a bunch, as a tiny blush is on his cheeks. Girlfriend soon breaks away, Boyfriend drooling a tiny bit... before Clownso's hand picks him up.

Narrator: Boyfriend waves his arms around, squirming, as Clownso looks him dead in the eyes, a smirk on his face.

Narrator: Clownso bends down, his hands near his stomach, before locking eyes with GF.

Narrator: Girlfriend seems understandably weirded out, as she blinks.

Narrator: Clownso makes an "L" with his fingers, putting it on his forehead, as a vine boom plays.

Narrator: Clownso laughs once again, before his arms, legs, and head go inside his box, the Transformers transforming noise playing.

All Hell From Here

Clownso: Uh, for legal reasons I have to state that this is not an assault and I'm only forcing money out of you by any means necessary.

Clownso: I don't need the cops on me..

Clownso: Any last words before you delete my mod and forget about my existence leaving me in a void of pure agony?

Clownso: I know you can canonically speak. Say something!

Boyfriend: Despite the name clownso, you clearly resemble more of a jester than a clown.

Clownso: Que mamabicho tu eres pendejo. (translates to: "What a cocksucker, you are an asshole.")

Narrator: After the end of All Hell From Here, the background shifts to the sunrise coming over the fair.

Quinzel: I said I was going shopping....

Quinzel: Are you scamming the carnival guests again

Quinzel: Sorry about him guys, he gets very.. uh- eccentric with people.

Clownso: I was trying not to be in eternal damnation in a void we know nothing about!

Quinzel: You could've just said you wanted an orangutan!

Poorly Cropped FBI: FREEZE, FBI! GET ON THE GROUND NOW!

Poorly Cropped FBI: Clownso, you are hereby under arrest for the crimes of tax fraud and your 89 other offenses.

Quinzel: Good luck! I'm sure you can get under 8 hours this time.

Clownso: So, I might be going to jail- but I gotta say kid, you did some good music.

Clownso: It only took what? 2 mods to make the music good KYAHAHAHAHA!

Clownso: SEE YOU IN THE NEXT UPDATE YOU TROGLODYTE!

Quinzel: Oh, that old thing? It doesn't even work anymore.

Quinzel: In fact, I don't think it ever worked...

Clownso: Welcome to the fair! The one and only place for weirdos alike!

Clownso: We have the biggest attraction in the local area!

Clownso: That being your mom.

Clownso: What's that? You're on a date with your girlfriend?

Clownso: Oh, and I see she brought her physically impossible to carry speaker set!

Clownso: How about a little song to commemorate your stay then?

Clownso: By the way, may I interest you in a marketable plushie?

Clownso: They're totally legal and we definitely got the character rights for them!

Clownso: Huh? Why need to rush to another song? Just enjoy your stay!

Clownso: How about we get funky for this next song!

Clownso: You sure had your fun eh?

Clownso: Listen here bucko, I don't think you know the implications of you beating me.

Clownso: After this song, I go back to the void to be forgotten.

Clownso: Tell me... the one playing this game

Clownso: You've fought against so many characters

Clownso: HAVE YOU BEEN CHEATING ON ME!?

Clownso: Ahem... have you ever wondered what happens to them after you're done

Clownso: To the void they go.

Clownso: Let me make it simpler to understand.

Clownso: I'M NOT GOING TO STAY IN YOUR TRASH CAN WHILE YOU FUNK WITH SOMEONE ELSE!

Clownso: I'll go easy on you! 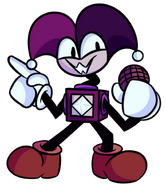 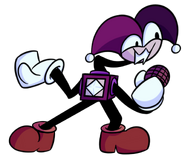 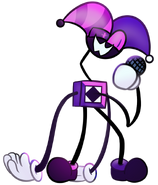 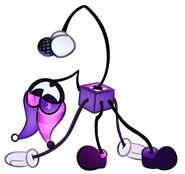 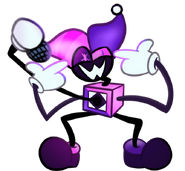 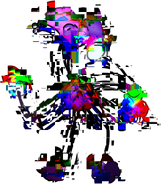 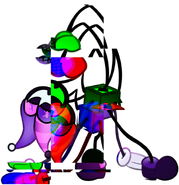 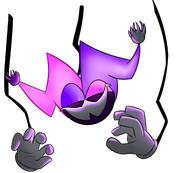 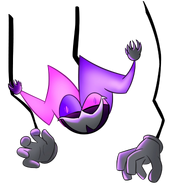 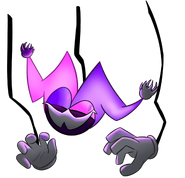 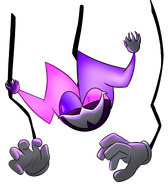 All Hell From Here's background 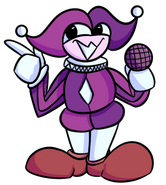 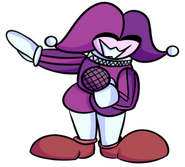 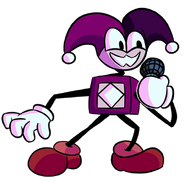 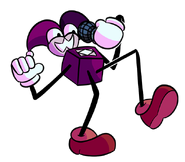 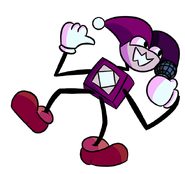 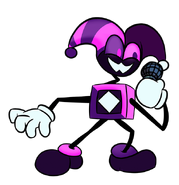 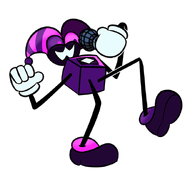 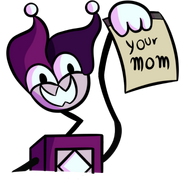 "The_Largest_Attraction.png" found in the mod files 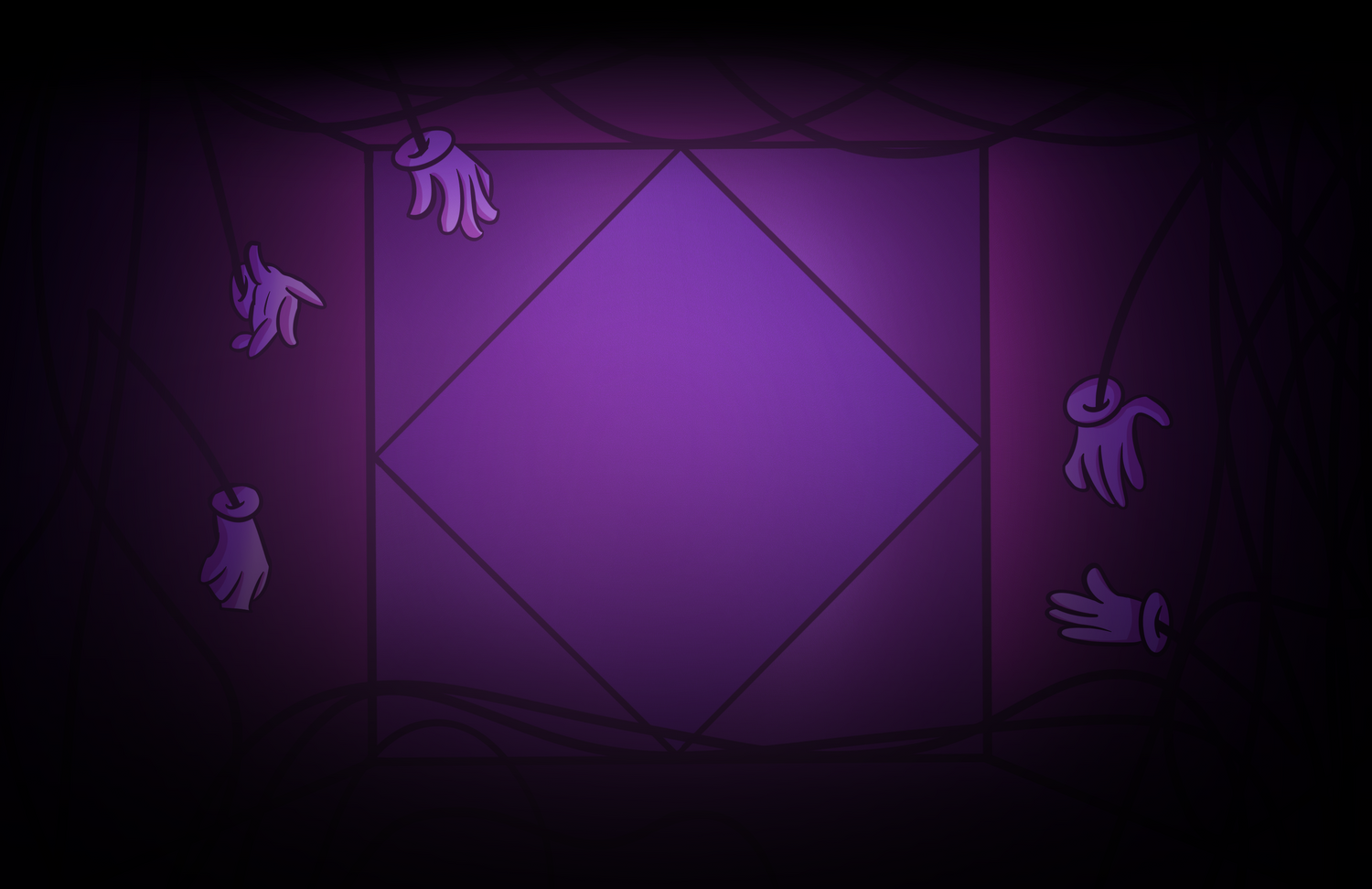