Topic: If you read unsettling template.

Reason: Spoilers related to the Smoke 'Em Out Struggle (VS Garcello) Mod.

Reason: The character has mental disorders (PTSD relating to eating and Depression) and a disturbed past with her parents. Plus, the setting around Coralie's story revolves around cults, kidnapping, and sacrificing kids.

Reason: Down pose gif needed, glasses on right animation should not be transparent.

“Please don't keep asking questions, I... I need to go. Go to where they can't chase me.”
― Coralie, Dyspeptic

Coralie is a character created by "ya_Boi_sic" of the "Peculiar Colours" mod. During the course of the mod, she is waiting outside of a shop for a friend of hers. Boyfriend and Girlfriend come across her, and Boyfriend coaxes her into an unwanted rap battle.

Before the events of Peculiar Colours, Rosemary (Coralie's mother) married Daniel(Father). Rosemary was well-aware that Daniel was a part of the unnamed cult, but still loved him dearly. They had a child together, who is Coralie.[3] At a young age, she helped lure and kidnap children for her cult to use as sacrifices. [4]

One day, Rosemary had enough with the cult and the guilt-tripping from Daniel to stay with him. When she went missing, her father stated that her mother was sick and in the hospital. When Coralie was around seven years old, she witnessed an 'incident,' where her father was holding a heart in the jar and referring to it as her mother. He was apologizing for what he did. When Coralie witnessed this, she ran away. Ever since then, for five years, she has been on the run while her father was looking for her.[5]

Present day, Coralie is waiting outside a coffee shop to meet her cousin, who is taking longer than usual. After calling her, she mentions to her cousin to not be late. Boyfriend approaches her and asks her to rap battle with him, which looks like he won't take "no" for an answer. After the first song, Coralie appears to be in a hurry and is trying to avoid being captured and used in a cult.

Not much is known about her to Boyfriend and Girlfriend, but mentions she is born with a particular skill. She can see ghosts and can travel to other dimensions, a trait passed down through her family. To her, it felt like a curse. When asked further about this, she'd rather have a rap battle than talk about it.

Coralie has waist-length hair that is bright red. Adorned on it is cat-ear-shaped headphones with an attached microphone. She has eyes with two different colors. Her right eye is sky-blue colored while the left eye is a canary yellow color. She wears large circle glasses covering most of her face.

Coralie wears a combination of clothes. She wears a lavender jacket with a matching bowtie on her collar. Under it she has a long-sleeve white shirt with a dull purple vest and long white gloves. She wears long boots with white socks sticking out.

Note: All of these cameos are not canon to the Coralie's story.

Coralie: ...how much longer do i have to wait until they come back?

Coralie: n-no i don't have time for a rap battle. i have to go soon...

Coralie: i'm waiting for someone in the shop...

Coralie: look, just leave me alone. Please don't keep asking questions, I... I need to go. Go to where they can't chase me.

Coralie: please... i don't wanna go back to that cult.

Coralie: ...fine. Another round.

Coralie: how do i say this..i don't have any transformation...i'm not like mr.whitty or that church lady.

Coralie: my only powers are seeing ghosts and traveling to other dimensions.

Coralie: but now that I think about it... it's more of a curse.

Coralie: i know these powers are technically special, but when they've been passed down for generations it's kinda to be expected y'know?

Coralie: plus, it's not fun having ghosts... or other things...following you everywhere.

Coralie: i grew up in a cult.. i don't want them to use my powers for evil. i have to get out of here as soon as my cousin gets out of the shop.

Coralie: w-wait! ignore all of what i just said!

Coralie: can i help you..

Coralie: n-no i don't have time for a rap battle. i have to go soon...

Coralie: i'm waiting for someone in the shop...

Coralie: going where..? going to where they can't find me.

Coralie: ...fine. Another round.

Coralie: how do i say this..i don't have any transformation...i'm not like mr.whitty or that church lady.

Coralie: plus my only power is just seeing ghosts and traveling to other dimensions.

Girlfriend: yeah..what do you mean other dimensions and ghosts?

Coralie: w-wait! i'm not going to answer that! 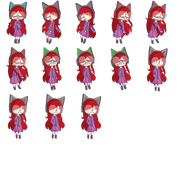 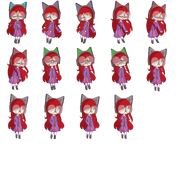 Portraits of Coralie in the mod.

Second cutscene in the mod. 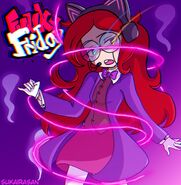 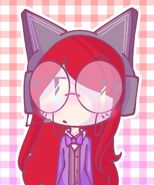 A portrait drawing of Coralie. 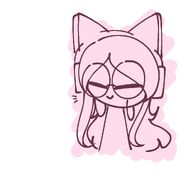 Drawing of a rarely-smiling Coralie. 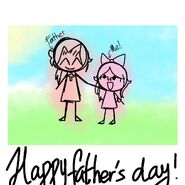 A Father's Day Card made by Coralie. 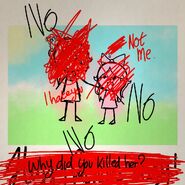 The card after finding what happened to her mother. 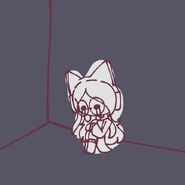 A doodle of Coralie in the "Ask" Twitter thread.

Picture of Coralie's family, but with her mom and dad's faces crossed out. 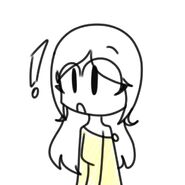 A drawing of Coralie's mother. 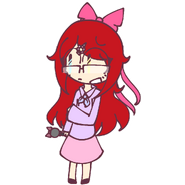 A younger version of Coralie.

A drawing of a younger Coralie (Right) and Amelia, her cousin (Left) with microphones. 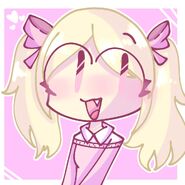 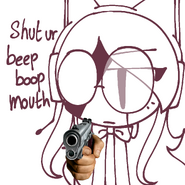 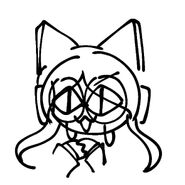 Drawing of Coralie in cat-like nature from the ya_boi_sic's Twitter. 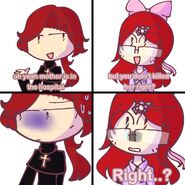 A meme of Coralie finding out what happened to her mother. 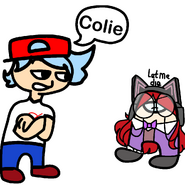 A drawing of the Amogus meme, but "Colie." 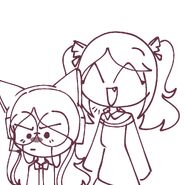 Coralie behind the slaughter 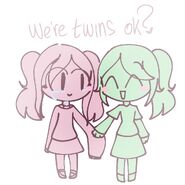 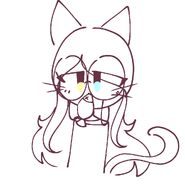 A funeral...or possibly a ritual? 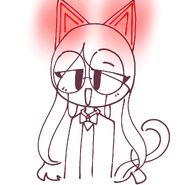 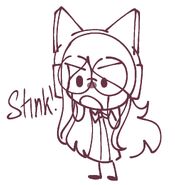 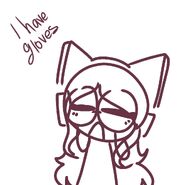 A Gacha edit of Coralie 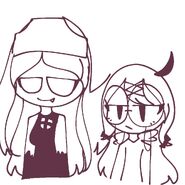 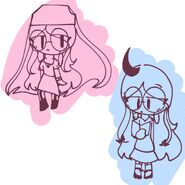 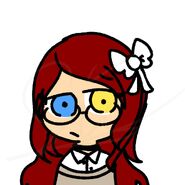 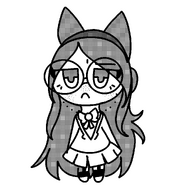