Funkipedia Mods Wiki
Register
Don't have an account?
Sign In
Advertisement
in: Has Placeholder, Spoilers, Flashing Lights,
and 24 more

I didn't have a 4th wall break meltdown for nothing! - Ron

Reason: In the end of The Incident (OLD VERSION, new ver is seemingly bugged rn).

Ahh, Corruptus (Trollface/Trollge)... These are the utmost grand of days! This is going to be so, so...! - ENA

Upcoming: Upcoming week 2, along with a remaster to further fit the FNF style

Reason: The starts screens shakes quite violently near the middle of The Incident and NEVER STOPS until the end of the song. It also briefly pulses during Mistaken.

Reason: During the course of gameplay, the pictures used are disturbing, the screen shakes repeatedly, and in the old version there are flashing lights. In addition to this, his Third's Oldest Down Pose is a subtle nod to an horror version of Oil Floats on Water. And his older phase 3 idles contains realistic eyes, which may be unsettling for some users. Another unsettling element of this mod is the danger icon in The Incident, which literally has blood coming out of Trollface or Trollge's eyes, which might be disturbing to some users.

Note: The character is a literal trollface, one of the classic memes of the internet. It should also be noted that Trollface or Trollge appears in many Rage Comics, which are obviously satire.

So this is it, huh? This the dude that destroyed an ex-rockstar? - Void

Killing people by "Trolling" them

For other mods with similar Trollface or Trollge memes, see Troll_(disambiguation).

Not to be confused with friday at treasure island's Corruptus

VS Trollface/Trollge is a mod created by the "A Bunch of Mod Makers" team. It contains a full week with 3 new songs and an upcoming week 2 update with another 3 new songs. (And multiple secret songs)

In Trolling, Trollface is a black stick figure with the same memetic face everyone knows. This time, however, his eyes are open wider than usual and his mouth is closed. In his poses, he also mimics common variations of the Trollface.

In Mistaken, Trollface gets upset and has a disappointed frown down at his chin. His face is also covered in shadow, and his poses look more distressed. Near the ending, his body glitches for a while and during that he appears to have a rather more disgusted look on his face in his idle before his transformation into Trollge.

In The Incident, Trollge is significantly taller And has a devilish look, having to squat down to appear onscreen. His face becomes mostly black with a sinister face looking down at Boyfriend, and his poses are changed to darker Trollge versions of the same faces used before.

In Tomfoolery, Trollge gains a body similar to Malicious Bunny's Trollges. His faces in his poses are similar to those of Trolling before the remaster. He also holds a magnet in his left hand.

In The Trollge, Trollge becomes bigger with his torso becoming wider and his limbs becoming a thin like a stick. He holds an axe in his left hand

In Delirium, Trollge becomes very big and smiles with a black bleeding eye substance, with his height becoming the same as Hellclown's form but wider, possiblly twice the size.

Trollge during Delirium is actually a tentacle monster.

Reason: Mistaken and The Incident have VERY loud screams at the end, PLEASE refer to the muffled versions if you have sensitive ears.

Reason: The Trollge, despite how catchy it is, is slightly loud, and Delirium is nearly ear-splitting.

Note: Delirium uses a fanmade placeholder icon due to having no official icons yet.

Reason: Absurde can be VERY loud. Trollge will also scream at the end of Turn The Trolls Off.

[Trollface looks confuzzled as Girlfriend and a scared Boyfriend appear]

How about we do a rap battle i think.

[Trollface is covered in shadow with a serious expression.]

[Boyfriend and Girlfriend celebrate their victory while Trollface looks angry.]

[Trollface brandishes a knife behind his back.]

Step 5: E N D H I M [Trollface gives a menacing grin as an inverted version of him appears behind him.]

Trollge TTS:[Trollface's face is colored like static with black eyes and teeth.]

Trollge TTS: [Trollface does so as the background begins to transform.]

Trollge TTS: [Trollge's face goes completely black as he reaches towards Boyfriend or the player with an overly-detailed hand.]

Trollge TTS: [Trollge is suddenly covered in blood and holds an axe.] 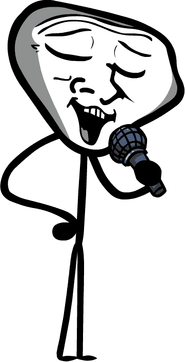 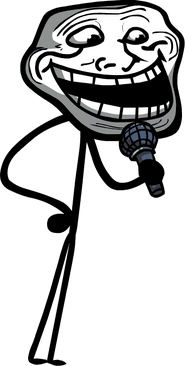 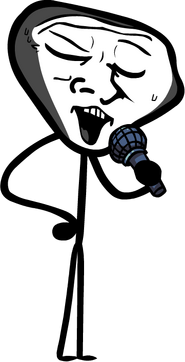 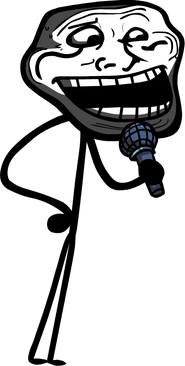 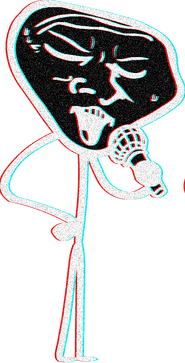 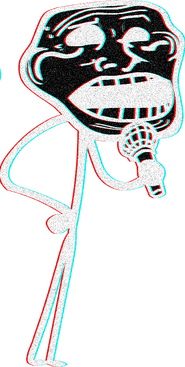 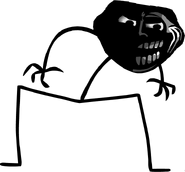 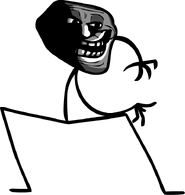 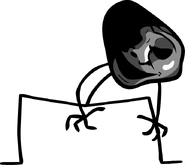 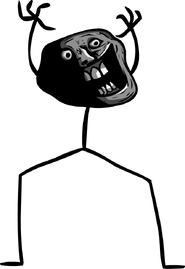 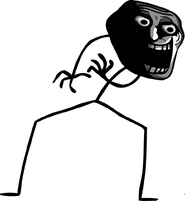 A very distorted preview of Phase 5's Down(?) Pose.

A very distorted preview of Phase 5's Up(?) Pose. 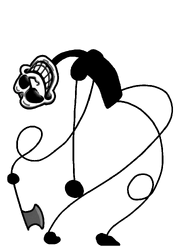 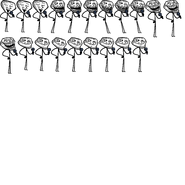 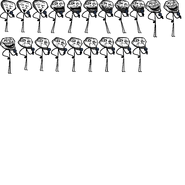 Trollface struggling to keep up (ver 1.5) 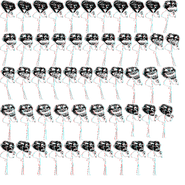 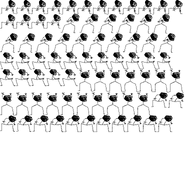 Spritesheet for the Trollge (ver 1.5)

Note assets for The Incident

The Foreground used in Trolling and Mistaken

The background used in Trolling and Mistaken (ver 1.5)

The Foreground used in The Incident 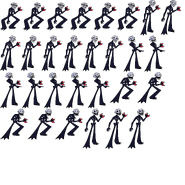 The background used in The Incident (ver 1.5)

Cover for the next update 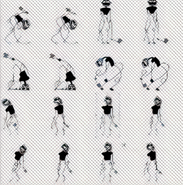 A very distorted spritesheet for Trollge's appearance during phase 5 (The Trollge).

Background used in The Trollge (upcoming) 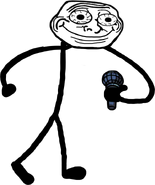 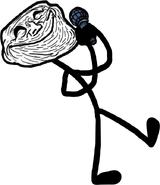 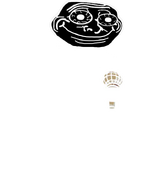 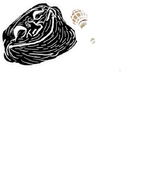 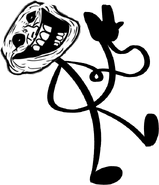 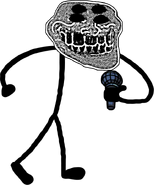 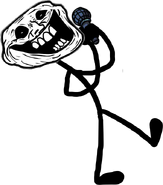 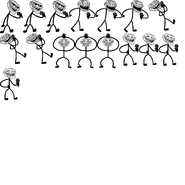 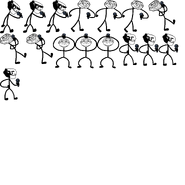 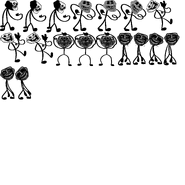 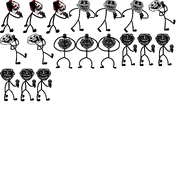 Background During Trolling and Mistaken(old)

Secret dialogue that appears briefly during the first cutscene 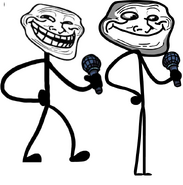