Reason: El Taco who is a VERY controverial person within the community, has since been kicked from the mod[1].

Note: It has been trashed on GameBanana as all DrDaynaze mods were moved to Gamejolt.

Were you looking for Vs Girlfriend?

Crazy Girlfriend is a mod where Monster is replaced by an insane version of Girlfriend. The evil ornament once resembling Girlfriend is now replaced with Monster. Boyfriend now has a concerned and terrified expression on his face.

She retains her normal Week 5 appearance, but now she carries a bloody knife in her right hand while retaining the microphone in her left. She now has blood splattered on her dress, as well as on her face. 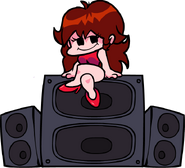 Girlfriend on the title screen (Static) 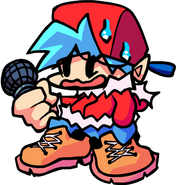 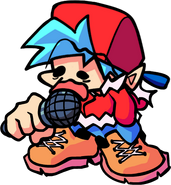 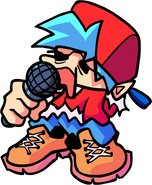 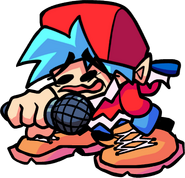 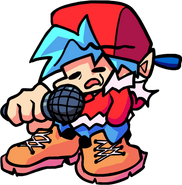 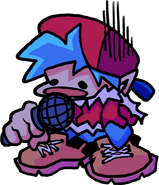 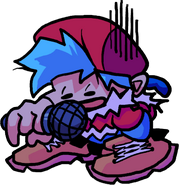 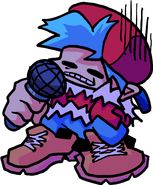 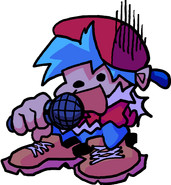 Monster's head on a tree during Winter Horrorland