Reason: Suggestive due to it starting off implying Boyfriend and Girlfriend were "getting freaky on a friday night" in the middle of a public park. Press 0 or mute the device immediately before entering Tutorial. Just take our word for it.

Reason: Cream dies in Phase 4 which can be a bit sad to some users experiencing it. The first half of the dialogue for phase 3 may also depress some users.

Reason: Oh wow we are almost done with this page, all we need is Cream's normal animated right and down pose with the cutscene of Amor saying "Here comes the FBI".

An ice cream cone is 8 inches tall with a slant height of 10 inches.

A gallon of ice cream weighs about 5 pounds and contains 4 quarts. One scoop of ice cream is 1 2 cup, or about 68 grams.

Not to be confused with Melty.

Vs. Cream (or Friday Night Funkin': Creamed) is a full week mod made by the same creator as Vs. Cheese where they fight a sentient strawberry ice cream.

Cream appears to be a large, pink, living ice cream with black boots and light blue shirt sleeves. During Thawed, they appear to be melting a little, revealing a skull underneath the frosting. During Vibing, they are completely melted, fully exposing their skull.

Reason: Cream's voice can be ear-grating to some people, also, Amor's scream is really loud.

Reason: Amor lets out a scream that's a reasonable volume for someone getting raided by the FBI without any warning.

Note: Cream goes back to normal when he says "and that's how it feels to drive a Ford-F250".

Boyfriend
so, tell me again

Boyfriend
his friend says, only a spoonful...

Boyfriend
what the hell are you?

Cream
a soft, sweet frozen food made with milk and cream

Cream
The main constituents of me are fat, milk solids-not-fat (skim-milk powder), sugar, gelatin (or other suitable stabilizer), egg and flavouring. A variety of milk products can be used: cream, whole milk, condensed milk and instant skim-milk powder.

Cream
rap me, or noob

Cream
do it, you miku ripoff

Cream
but takis are seriously intense

Boyfriend
what does that mean?

Boyfriend
are you ok?

Boyfriend
does that mean yes?

Cream
and that's how it feels to drive a Ford-F250

Boyfriend
I'm gonna rap for him...

Boyfriend
in his honor

Girlfriend
shouldn't we call the police?

Boyfriend
no... this is what he would have wanted...
Bluecheese characters
bitch, we drew you 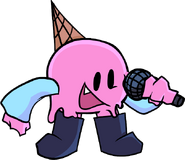 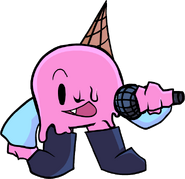 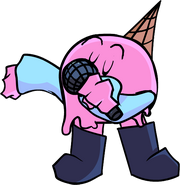 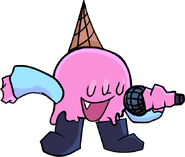 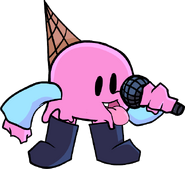 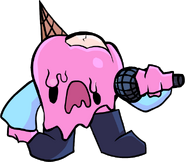 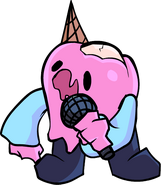 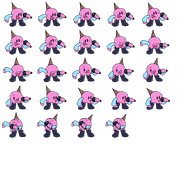 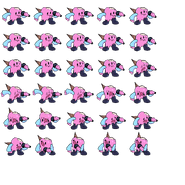