Well Dalia Over Girlfriend, you're WAY past cool! - Koi

Reason: Due to many complications, the further development for the mod has been discontinued.

“You're kinda hot not gonna lie.”


― Dalia, showing her attraction to Senpai in week 6.

Dalia is an OC created by IagoAnims being included on his animated series project, "História P.T.S (Protect the Sun). She's part of a large group called the "Sun Team", which is a group that actively protects the giant utopian city "Apollo" from demons. Her main job at first was to make live EDM concerts and sell her music to the world.[citation needed] She gained a massive popularity increase by her appearance in IagoAnims' now-cancelled Friday Night Funkin Mod: Funkin' with Dalia.

Dalia wears a black-colored crop top with dark gloves. Her brown hair is spiky and she holds a headphone up to her left ear while placing her right hand onto the DJ station. She wears a confident expression on her face while staring at the player.

Dalia is a "go-getter", opportunistic, short-tempered EDM music composer. If she has the chance to get what she wants, then she'll go for it, even if it involves breaking someone's heart. She isn't very honest and is not the best at keeping secrets. Dalia loves making music and has fans all across the city, and in her concerts, she loves to cheer up the crowd while she's performing.

NOTE: None of these cameos are canon to Dalia's story. 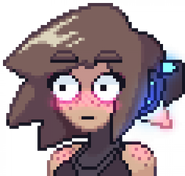 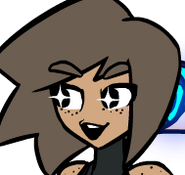 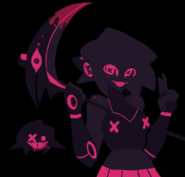 Official concept of Dalia in the ever popular Corruption Mod.

Another official concept of Dalia in the Corruption Mod. 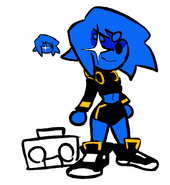 Concept of Minus Dalia.

Final concept art of Minus Dalia 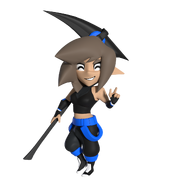 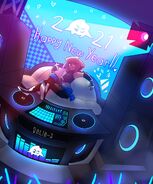 Artwork of Dalia for New Years.

Art of Carol and Dalia made by the creator of Ayana's mod.

Scrapped sprites of a playable Dalia. 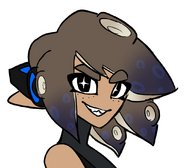 Dalia drawn as a Splatoon character.

First ever drawing of Dalia

Art of Dalia ballin' on Hex's basketball team. Made by IagoAnims.

"Ayana and Dalia on a date" -IagoAnims on Twitter 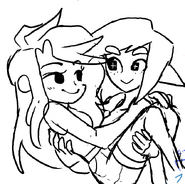 Ayana and Dalia made official, art by Iagoanims

Art of Ayana and Dalia together, made by RatNonFat. 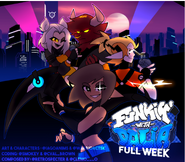 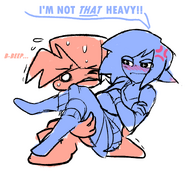 Dalia being too heavy for Boyfriend. It is most likely a concept sketch for a Week 7 skin. Link