Alive (it will soon change after the 19283 episode of karlson)


Dani is a YouTuber and game developer. He is known for liking milk, and his unfinished game KARLSON. Oh, you don't know what KARLSON IS? KARLSON is just a little game Dani is working on, currently the 11th most wishlisted game on steam, SO SMASH THAT WISHLIST BUTTON!

Dani is also mostly known of his "They said I couldn't, so I" and playable recreations of popular games, such as Fall Guys, Among Us, etc.

Dani appears as a blueish-purple humanoid figure with a smile and black sunglasses on. 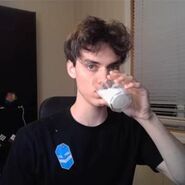 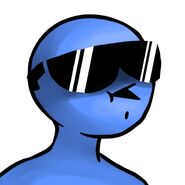 Wow. That was really cool.