Funkipedia Mods Wiki
Register
Don't have an account?
Sign In
Advertisement
in: Work in progress mods, Mods with missing downloads, Unreleased,
and 12 more

FUCK YOU, IT'S NOT DONE YET! - Shadow

This mod is currently unreleased material, meaning no download links exist, but is set to have one in the future. As of now, this page covers content that has yet to be released and some citations placed for verification of assets.
Unfinished Page

Dang! No wonder why you are popular! You are giving me a run for my money! - Camellia

Reason: This mod is based of Plants Vs Zombies. A game made by PopCap And EA

“WHY DID YOU DO THIS TO US?”
― Dead Melvin, Deadplants.exe 2

Dead Peashooter is a character from the Plants Vs. Zombies creepypasta, Deadplants.exe.

Dead Peashooter looks like a normal peashooter, But with a white stem and a white head, With gray, bitten leaves, and black, voidless eyes.

BF and GF stumble across a game file Daddy Dearest put in GF’s laptop, named “deadplants.exe”. They play it and realize it’s a broken, harder and creepier version of Plants vs. Zombies. On the first level, one of their peashooters died. And on the second level, 2 sunflowers died, and so on. Right before fighting Zomboss, Daddy Dearest shoves them into the game. They soon encounter a level with the original lawn but twice as large. They see a plant in the distance, and it turns out to be a Peashooter, less cartoony. Boyfriend, as usual, challenges it to a rap battle. The Peashooter does nothing but blink. This is where it all starts.

The game was actually just a normal copy of PvZ 1 but Daddy Dearest put a virus in it, because he knew Boyfriend liked to play Plants vs Zombies in his spare time. The peashooter they had planted had a life before it was killed by zombies infected by the virus. The virus spread to the Peashooter before it died. Then the Peashooter ended up in a black and white void with a red text saying "THEY DID THIS TO YOU." with the images of Boyfriend and Girlfriend. Soon, more plants who got eaten ended up in the same void, and they came up with a plan. They turned more black and white, and more creepy as the virus slowly infected them. Soon, the time had finally come for BF and GF to end up in the final level. The Peashooter spawned first (like in their plan), hoping to get revenge by killing both of them, like they killed it.


Written by BasicallyGDG, the artist of the team. 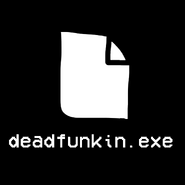 The Logo for the mod. 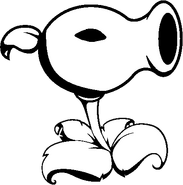 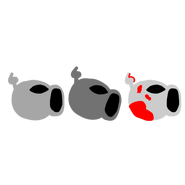