Reason: Deimos' source animation, Madness Combat can be quite disturbing due to all the blood, violence and gore.

Looking for a different Deimos mod? Click here. “
The moment Deimos lit up that cigarette, he was doomed to die.
”
― Matt "Krinkels" Jolly, creator of the Madness series

In this mod, he replaces Boyfriend as the protagonist.

He has a bandaged head, wears a headset and visor, and has been seen wearing a vest with a white tank-top underneath. He also is smoking a cigarette, and has a red microphone in his left hand.

In Week 5, He wears Antlers along with both his microphone being wrapped with Christmas lights.

Note: The cameo in Henry's isn't canon to Deimos' or Madness Combat's story.

Deimos in the menu. 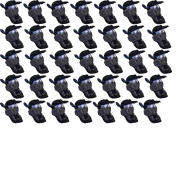 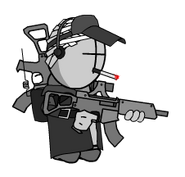 Deimos' appearance in Madness Combat 7.5 through 9. This is his general appearance. 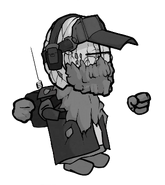 Deimos as he appears in MADNESS: Project Nexus.