Reason: Her miss poses can be unsettling for some.

Note: This is the most popular Boyfriend skin, coming up first when you search for most liked/viewed Boyfriend skin in Gamebanana.

You will beautiful - Bon

Upcoming: ENA is getting two full weeks (although one being on hiatus). Also her BF skin mod will be updated with new sprites.

Yellow (When drunk)
Blue (When sad)
Red (In the Diablada form)

“Such harsh words from someone with a personality equivalent to a wobbly table!”
― ENA, Roses

Not to be confused with ENA over Senpai.

ENA is a character that was made by Joel G, with the mod made by the talented rhubarb. The character was based on a Picasso painting, and is nicknamed Funky Picasso Painting. This mod replaces Boyfriend, and provides all sorts of unique changes to suit Season 1 ENA and her personality.

Want to know more about ENA?

ENA wears a light beige collared t-shirt with lederhosen suspenders and a black skirt. She wears black shoes and two socks, the left sock being thigh high and the right being ankle high. Her skin is dual-colored with the left side blue and the right yellow. Her left side is polygonal while the right is smooth. Not only that, but her eyes are different shapes, with the left being a diamond and the right being a semicircle. Her mouth appears to only be on the right side. Her hair is two different lengths, the blue side is longer while the yellow side is shorter.

Note: All of these cameos are not canon to the ENA series story or ENA mod story:

ƎNA: Well, this is quite puzzling.

Senpai: Has a new fair maiden come in search of true love?

ƎNA: Sincerest apologies, but I think my pal here is fine-

Senpai: Very well, a serenade between peers shall decide where her beautiful heart shall reside!

Senpai: Not bad for a PS1-looking blockhead.

Senpai: But this time, you'll be a blubbering wreck right after your next terrible performance.

ƎNA: Such harsh words from someone with a personality equivalent to a wobbly table!

Spirit: Direct contact with real people, after being trapped in here for so long...

Spirit: -And YOU out of everyone.

Spirit: I'll make you and your little friend pay for the pain an humiliation you caused.

Spirit: I'll beat you and make you take my place

Spirit: You don't mind your bodies being borrowed right? It's only fair... 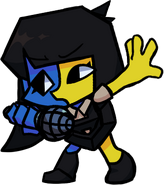 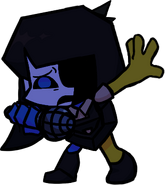 ENA, scared by a thunder.

ENA's new game over screen, based off her breakdown in Temptation Stairway. 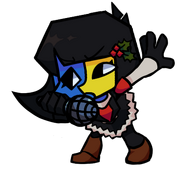 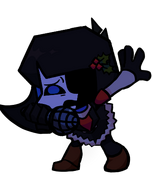 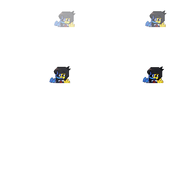 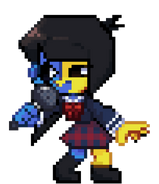 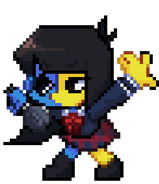 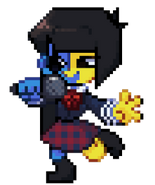 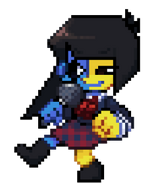 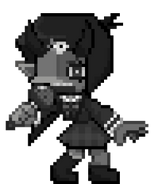 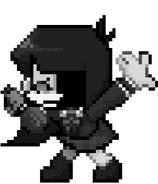 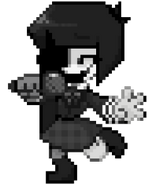 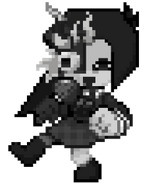 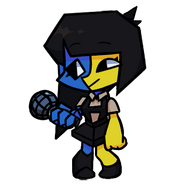 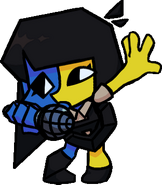 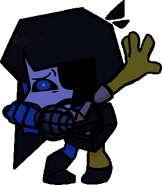 Animated down pose during Week 5.

Animated up pose during Week 5. 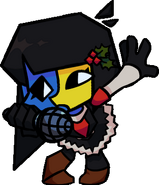 Static down pose during Week 5.

Static up pose during Week 5.

Animated down miss during Week 5.

Animated up miss during Week 5. 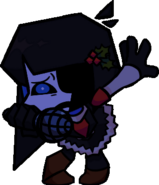 Static down miss during Week 5. 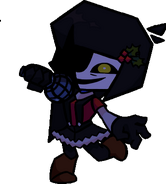 Static up miss during Week 5.

ENA's outdated game over screen, taken inspiration from one of the older ENA animations 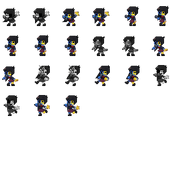 A teaser of ENA's updated animations

ENA as she appears in the first season of her original series. 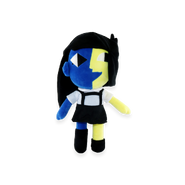