Emmi is the main opponent of Friday Night Funkin': Fizzy Pop Panic, a mod created and directed by DojimaDog.

In Glamour, her upper features are the almost same. However, she appears big with the same dress, but longer. She now wears a black jacket covering her, panty hose, and white boots. She has long wavy yellow hair. Her hands and arms are now connected to her body without gloves.

Girlfriend: What are you so afraid of? We're just here to get a soda, aren't we?

Girlfriend: Look! There's a machine over there!

Girlfriend: See? Nothing to be sca-AH!

Emmi: Oh, you must be those *brats* that've been lurking 'round and causing a ruckus, huh?

Emmi: No worries. I'd simply *hex* you and get it over with, but I am in dire need of some human subjects..

Emmi: How's this. Best me in a singing battle, and I'll let you go.

Emmi: That's the spirit! Have at you!

Emmi: Hahahaha, that was great, midget guy! You normally rap this good?

Emmi: Whew, haven't had a round that good in ages! Care for a pop?

Emmi: Ah, ah, ah!~ Best me in another song, and it's aaaall yours, fellow!

Girlfriend: What a dickhead.

Emmi: Tell ya what, midget man, you've actually made this real fun for me...

Girlfriend: Take her down, .XML! Show this big bully who's the boss!

Narrator: You popped open a soda from the vending machine. It was the most delicate pop you'd ever tasted. Beautiful. 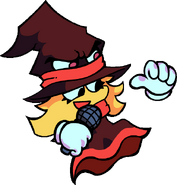 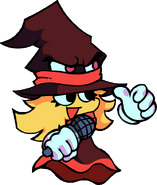 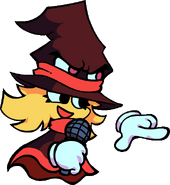 Animated down pose during Glamour.

Animated up pose during Glamour. 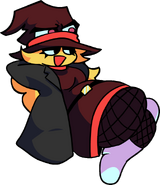 Static down pose during Glamour.

Static up pose during Glamour. 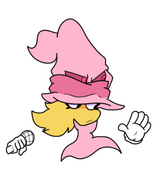 What seems to be an early sketch for Emmi, found in her .fla. 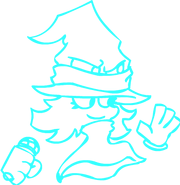 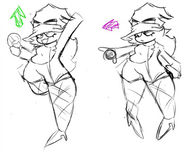 Sketches of Emmi's up and right pose, found in her .fla. 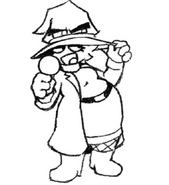 Sketch of Emmi's right pose, found in her .fla. 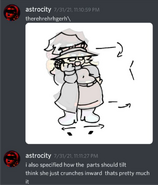 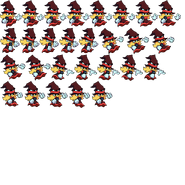 Emmi's sprite sheet for the songs Popped and Fizzed. 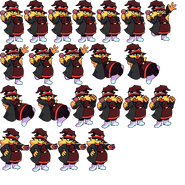 The background during gameplay.