Reason: Just like Kenny, Cartman's source show has various depictions of extreme blood and violence. Not to mention the extremly evil and terrifying things Cartman has done in the show like kidnapping, enforced cannibalism, enforced suicide, murder, etc.

The Spirit of Christmas: Jesus vs. Frosty (with the name Kenny)


Eric Cartman, full name Eric Theodore Cartman, is a character who comes from the adult animated series called South Park. He is one of the deuteragonists of the series. He is modded in Friday Night Funkin' over Boyfriend.

Cartman wears a red jacket, yellow mittens, a blue hat with a yellow puff ball on top, brown pants, black shoes, and white socks (as seen in "Super Fun Time"). He sometimes wears a green t-shirt with a bear picture on under his jacket, a white tank top, and occasionally a dark red t-shirt. He has medium-brown hair and a double-chin. He also has triangular-shaped eyebrows, in contrast to the other main boys' rectangular ones. Even though Cartman is overweight, he always denies it (especially in the earlier seasons) by saying, "I'm not fat, I'm just big-boned", or some variation thereof. However, as seen in "Merry Christmas Charlie Manson!" and "Cartmanland", his weight problem may be, in truth, be genetic and runs in the family, as seen by the fact that, with the exception of his mother an aunt, and a cousin, his entire family is extremely overweight. But in "Fat Camp", when he tells his mother to talk about how he is big boned and such, she instead says, "Those were all lies, sweetie, you're just fat." In "Tsst", he is slightly thinner, although in later episodes, he was shown to have regained the lost weight. Cartman likely has blue irises, as, due to the events of "The Succubus", he has Kenny's eyes, which were shown with blue in "Starvin' Marvin". In Season Twenty, he wears a t-shirt with the words "Token's life matters".

In the future timeline set in South Park: Post Covid, Cartman is supposedly converted into Judaism. He wears a dark gray suit with black tie and white shirt, along with a pair of round glasses. His yarmulke resembles the blue hat with yellow puff that he wears in childhood.

Cartman is described in various terms, in short, he is an evil, vicious, angry, self-absorbed, immature, destructive, sarcastic, snooty, loud-mouthed, lazy, and insane child. He is the most foul-mouthed character in the show. He is also racist and stereotypes almost everyone he sees. The very dark, usually disturbing undertones to his personality often hint at an extreme mental imbalance. Apart from being portrayed as having a general lack of moral responsibility or social conscience, he also seems to take pleasure from others' misfortune and is generally unable to show empathy, although there have been exceptions, such as in "How to Eat with Your Butt." Despite the severity of his actions, it is likely that they are a type of emotional defense mechanism against his insecurity and (potential) confused sexuality. This "defense", however, does not seem to be impenetrable, as evidenced by "1%". This has been parodied as well, in the cliché of a typical villain becoming benevolent. In these episodes, he usually convinces Kyle that he has good intentions, such as in the "Cartoon Wars" two-parter, where Cartman appears to Kyle that he is concerned about people's safety at the beginning, but it is later shown to only have been doing it to get Family Guy off the air. In the "Do the Handicapped Go to Hell?" and "Probably" two-parter, Kyle and many others fall for Cartman's apparently "good intentions" for trying to prevent the children of South Park from going to hell. However, it is revealed that he only did it so he could earn money. In "Kenny Dies", he is distraught at Kenny's impending death leading Kyle to console him. Later when his supposedly real motives were revealed, knowing how Cartman typically is, Kyle promptly fights him in Kenny's defense, although Cartman was genuinely distraught over Kenny's illness before and after he learns that he can benefit from it. This clearly shows that Cartman went through Congress for Kenny and reveals that he does not have a healthy way of dealing with the death of his friend.

Cartman can, on rare occasions, show compassion towards cats, as in "Major Boobage" in which he hides cats in his attic from the authorities. This compassion hints that he has not progressed to be a full sociopath.

In "The Death of Eric Cartman", Kyle sums up Cartman's character as a "fat, racist, self-centered, intolerant, manipulative sociopath".

He has been shown to harass and bully people at his school, and, as a result, many people in the show despise him. Cartman, however, does not consider himself to be a bully who likes to pick on other people to pleasure himself; in fact, he seems to disregard good or bad altogether (or perhaps simply does not have a concept of it) and does whatever he feels necessary for him to get ahead. Cartman seems to be motivated not so much by personal gain as by asserting superiority over others. In "Red Hot Catholic Love", he won $20 in a bet with Kyle, but, instead of using the money, he simply kept flaunting it in front of Kyle until Kyle conceded that Cartman was right, ruining his sense of victory and causing him to throw a tantrum (and apparently even abandon the money and having it given back to Kyle). The same thing happens in "Christian Rock Hard": Kyle makes a $10 bet that he can get a platinum album before Cartman, Cartman makes a successful album and makes millions of dollars and earning the album. But, when Cartman wins a myrrh album and discovers that the Christian companies do not give out platinum albums (Christ did not believe in such things, the albums stem from the gifts of the three wise men; they give out gold, frankincense, and myrrh albums), thus meaning he cannot win the bet, he angrily destroys the myrrh album, showing that he did not care how he just made millions of dollars, he just wanted to beat Kyle in a bet.

Cartman's much quoted line, "Respect my authority" (or as Cartman pronounces it, "respect mah authori-tah") highlights his power hungry and dictatorial characteristics. Despite these traits, Cartman rarely commands respect from his peers. Cartman's friendships with the other kids are clearly existent, but just not shown as much because of his personality.

Ironically, despite (or perhaps because of) these qualities, Cartman also seems to be a natural leader, able to utilize overwhelming charisma and rhetoric to gain the obedience of large groups on a moment's notice (as in "The Passion of the Jew"), appearing to be innately aware of how to take advantage of "mob mentality" and direct it toward accomplishing his personal goals, as has been evidenced in countless episodes throughout the series' history. In situations where the other boys share his goals, Cartman is often the de facto leader (e.g. "Make Love, Not Warcraft", "The List", and "Marjorine"). Indeed, the others consistently show a willingness to follow him and trust in his leadership when he is using his abilities for "good."

Cartman also seems to share many of the shows creators' (Trey Parker and Matt Stone) more controversial opinions, despite both of them modeling Stan and Kyle after themselves. Examples of this include an extremely strong dislike for Family Guy for its lack of character development, plot, or smart humor. Other examples include Cartman's strong distaste of hippies, to the point that he has personally kept them out of South Park since he was 4 years old, and his belittlement of the Catholic Church as extremist, homophobic, and a supporter of pedophiles (in "Medicinal Fried Chicken"). He also considers John Lennon to be the "king of hippies". 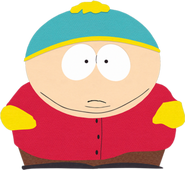 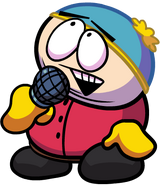 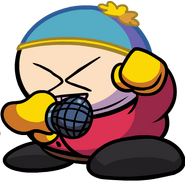 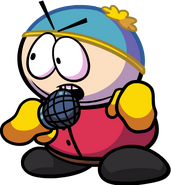 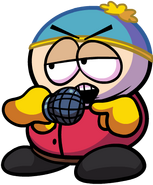 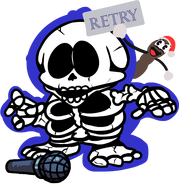 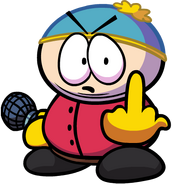 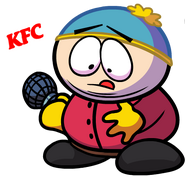 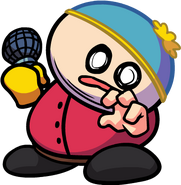