Were you looking for Bombackle1331's Fancy Pants mod?

Too Fancy for any!

Fancy Pants is an iconic Newgrounds character, and the main protagonist of the Fancy Pants series of games.[1]

Fancy Pants Adventures is a series of free side-scrolling Flash games created by American developer Brad Borne. Four worlds have been released so far. World 1 was released on March 14, 2006 and World 2 was released on January 9, 2008. After the 2009 Comic-Con, Borne announced he would officially start working on World 3. It was released on April 5, 2012. A console version developed by Borne and Over the Top Games was released by EA 2D for PlayStation Network and Xbox Live Arcade on April 19 and April 20, 2011, respectively. An iOS version developed by Chillingo, Over the Top Games and Borne Games was released on the Apple App Store on March 4, 2012. Some years later, Brad Borne made a fourth entry, Super Fancy Pants Adventures (on Steam), and it implies in its ending scene after defeating the final boss that it is "To be continued". Two years after the release of the game, Brad posted World 4 on Newgrounds. World 4 was Super Fancy Pants Adventures, just ported to Adobe Flash. Right now, there are two parts of the game available on Newgrounds.

Note: Only the Vs Matt and Vs Beach Brother cameos are canon to Fancy Pant's story in the mod. 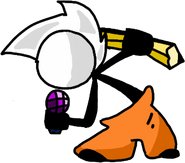 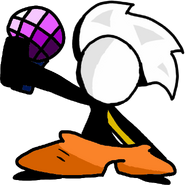 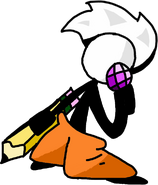 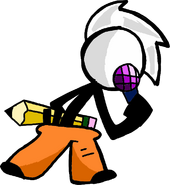 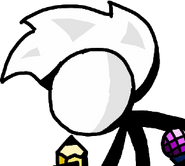