“Oh, pssh, don't worry about that, I don't care about no island, or no BFB screen, I'm just glad we're on good terms again.”
― Firey talking to Leafy, BFB 25: The Tweested Temple


Were you perhaps looking for a different Fire?

Firey is a character that was created by Cary and Michael Huang, being modded in by Aight!. The character was first created in May 2008 as a star in a comic series called Firey, which has 3 volumes, only 1 being finished. In 2010, the Huang twins released an animated web-series based on Firey and another, similar comic,Total Firey Island. The series, titled Battle for Dream Island, can be found here. This mod replaces Boyfriend, and provides a series of changes that can fit him

As the name suggests, he appears as a flame, he has black feet and hands, he is orange while his inner is yellow, in this mod, he has a black outline to fit FNF, while in BFDI/BFB, it is orange-ish.

Throughout the seasons of BFDI, Firey is shown to have an enthusiastic, friendly, and cool personality. However, he can also show some annoyance whenever Coiny and him get into fights, with slapping, insulting, etc. 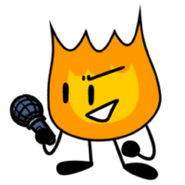 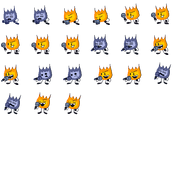 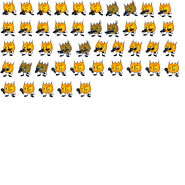 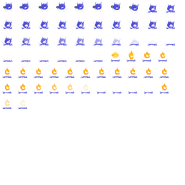 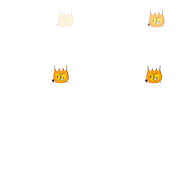 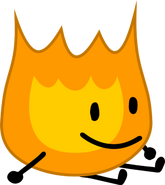