Fizz is a mod with only four brand new tracks. It was created by ABrickToTheHead. The mod takes place in futuristic neon arcade. Outside of the arcade cabinet the mod takes place in can be seen many cameos to other mods, along with the real Boyfriend controlling his avatar inside the game.

Fizz appears as a dark skinned young woman with spiky dark purple hair wearing a red and blue hoodie, worn black baggy jeans, black and blue sneakers, and a red cap. She has multiple futuristic devices near her face and on her body in general.

Fizz: We're the hottest new rhythm game on the block! With all new-

Fizz: You don't seem the type to care about this whole thing, and neither am I if I'm being honest here.

Fizz: ...Unless you are, in which case, please don't tell the manager.

Fizz: No tutorial for you? More action for me, then.

Fizz: Interesting! Been a while since I've seen someone who can keep up that easily.

Fizz: How about we try kicking it up a notch?

Fizz: FUCK! It was going to be so cool too. I never get to do this!

Fizz: It was gonna be something along the lines of,

Fizz: "Grrr! <playername>! You killed my wife and family with your sick bars! Now pay with your blood!"

Fizz: ...Yeah, in retrospect maybe it wasn't as cool as I remember. They really should've hired a writer for this one.

Fizz: Ah, whatever. Let's get on with it already this kinda hurts, actually

Fizz: Guess I overclocked myself again.

Fizz: It's almost closing time, too.

Fizz: I'm surprised you managed to beat me. How'd you do it, anyways?

Fizz: That was YOU??

Fizz: Aw man, no wonder I lost. Your reputation apparently does not precede you...

Fizz: I think we have time for one last round, if you're up for it.

Fizz pulling out a mic before Tokens.

The Arcade background without characters

The background of Tokens with Hex, Garcello, Alya, RidZak, Miku, and Cye in the arcade

The background of Drift with Kapi, Liz, Lane, Rosie, Clip, Core, and Neon in the arcade

The background of Ampere with Noke, Vance, Red, Static, Cyrix, and The Monkey in the arcade

The background of Maintenance with Sketchy, Pompom, RatedCaptivity, Sarvente, Ruv, Tabi, Bob, Saturday, and Archie in the arcade

The background characters without the arcade 1

The background characters without the arcade 2

The background characters without the arcade 3

The background characters without the arcade 4

The foreground characters during Maintenance

Fizz on the title screen of the mod

Ditto, but without background

Menu background for the Freeplay mode

the note assets for the mod 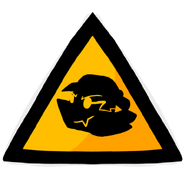 Reference sheet for Fizz found in the mod's files 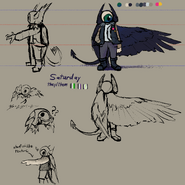 Reference sheet for Saturday found in the mod's files

An image of Clip, Hero, Fizz, and Noke.

A work in progress image of Boyfriend in the arcade.