Reason: Fred's streched out mouth may be disturbing including his overall appearance. Also some people don't like frogs in general

Were you looking for Fred's apperance in Funkin' Against The Anomalies ?

Fred The Frog is an anomaly who had debuted in the game "GateTail" by Jofini and appeared in his own mod of the same name by the same game creator. The mod has three songs, Frogsong, Too Bad, and Tooest Bad, that all replace Week 3.

Fred is a swamp-green amphibian with four limbs. His eyes are twisted up and are yellow and dark red. His head is twisted into a very wide smile with a extremely long red tongue coming out of it. Funkin Frogs body is mostly what you’d expect a frogs body to look like; but it is wrinkled and the same color as Funkin Frogs head. At Funkin' Frogs right arm is yet another arm, holding a rainbow potion.

Reason: Frogsong and Tooest Bad have screaming at the beginning. 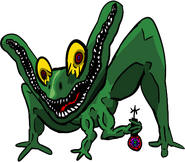 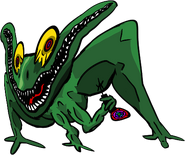 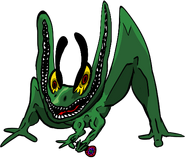 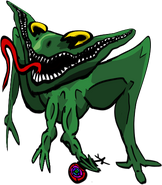 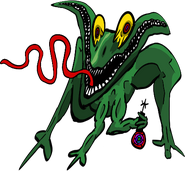 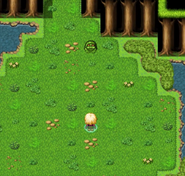 The location in which the mod was based off of