Funkipedia Mods Wiki
Register
Don't have an account?
Sign In
Advertisement
in: Characters, Unfinished pages and stubs, Spoilers,
and 18 more

Reason: Adam dies in the lore of the mod. This may sadden players who have lost a loved one.

Reason: It's long and will be long in the future.

Reason: Some songs in the Credits menu (old) are copyrighted. And also Wrenches is copyrighted.

“vs adam is cool”
― LeGoldenBoots

The Plot Of The Mod

(Note: The characters in the part of the Plot are not the Developers.)

So, This unnamed male decided to make a FNF mod, in the first phase, he draws it himself. In the 3rd phase, He decides to get a artist hired. As Adam takes a more detailed appearance.

Homeworld of the Starlin Race

“Then we shall commence, Sir XML.”― Adam, Canvas

Not to be confused with Stickman or The Chosen One.

Adam is a character created by LeGoldenBoots and Markey33.

Adam takes the appearance of a black stick figure. (Phase 1)
During Ignorant (Phase 2), Adam looks like the same as Phase 1, But he is seen glowing.

Also, this isn't stated in the DM, but he also has a large purple feather on his arm.

In 1920, Starlin "Adam" was born on a mushroom stem. Where then he was taken care of by his father and mother, Jake and Sally. Growing up, Adam always loved to play instruments such as violin, piano, and trumpet.[1] When he was in school, His favorite subject was reading. As he found it fascinating to see how characters would solve problems. He was not as popular in school, But still respected many students. He also got good grades. He made friends with Clowster and Vessel. Both who liked he fascination in reading. Despite this, They don't like reading.

After school, He moved on to the Jahumi University. Where he then graduated on Planet Jahumi and got a degree in English. He went on to become a author. His books got medium recognition. Titles like "The Bears Among Us" and "The Engineer's Curse".

One day, He was looking on the newspaper for jobs. Although his books were making him a ton of money, He didn't think it would be enough to buy him a actual house. So, he found a job for making music for pre-game football games. He then applied, Where on 9/10/08, He was brought to a recording area. Where they had suggested to make trumpet and piano music. Adam thought it was great, And so he played "Happy Birthday" on his piano then trumpet. The recorders loved it. So they gave him a music sheet and told him to appear on 9/15/08 for the football game. Afterwards, Adam practiced it 3 hours per day. On 9/15/08, He played it perfectly. And he got the job. 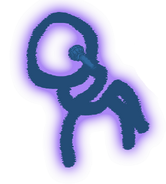 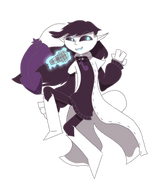 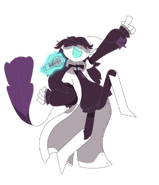 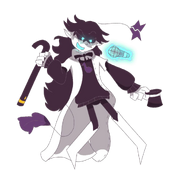 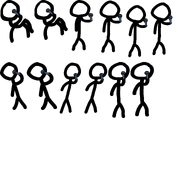 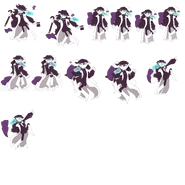 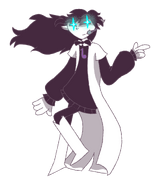 Adam as a anime protagonist. 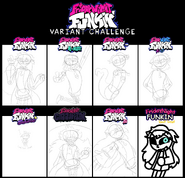 
Cosby is a character created by Markey33. After searching around in the mushroom forest, He finds Adam. Who is a black hole, and doesn't have much time left. They decide to rap battle to finish it off!

Cosby appears as Starlin with blue skin, elf-like ear, and hat with a star on it.

Barnacle Boy is a character from Spongebob Squarepants and appears in the song Wrenches.

NOTE: Most of the songs here are copyrighted/not original.

Adam: Oh goodness me, you almost gave me a heart attack

Adam: Especially with that stadium of a speaker you have there

Adam: Anyhow, of course your girlfriends father had something to do with.. all this

Adam: apparently at that café, he thought I was flirting with her or something, and he sent me to this place, astray

Adam: I'm sure you get the jist of it, I assume you are here for..?

Adam: Then we shall commence, Sir Xml.

Adam: not to shabby!

Adam: i feel kinda tingly, do you know why?

Adam: probably just the wind, if there even is any

Adam: in the mood for some of that classic vlunga meat from planet jahumi

Adam: oh you wouldn't understand, it just tastes too good

Adam: But the tingling is worse then before now.

Adam: How about another song? Maybe that will wear off the tingling.

Adam: ah well, it's been fun, I'm sure you and got some other plans

Adam: Ow, that tingling is starting to sting!

Adam: it feels like my bones are being crushed!

Adam: oh I'm back in my home dimension

Adam: looks like my career is over now that I've deceased

Cosby: oh jeez, did you "just" become a black hole?

Cosby: you look like you need some cheering up!

Cosby: My Names Cosby, pleasure to meet you!

Adam: Adam, you too

Adam: you look a lot like some one I met earlier, do you happen to have a girlfriend?

Cosby: well yeah actually! But she's busy hanging with Carot, why do you ask?

Adam: well that person did too

Cosby: how about a bit of singin' to get your feels up? Always works for me