Week 7 must be on itch.io and Open Source.

Everyone is talking a lot about you lately. - Ink!Sans

Reason: The developer coded in Week 7 before being officially downloadable despite the original FNF developer's wishes, leading to controversy. The developer did remove it from the GameBanana version, but it still exists on other platforms. At August 2nd, Developer re-released Week 7 assets in github.

WHERE IS Friday Night Funkin' Modding Plus??? - Tricky the Clown

One or more of this character's appearances has been withheld/trashed, however some appearances are still easily accessible.

Note: The mod has been trashed on Gamebanana, but it is still downloadable from Github and Itch.io.

Friday Night Funkin' Modding Plus, or Modding+, is a modification that adds more features for both modders and players alike.

Using .hscript files, you are able to make your own characters, with custom animations, offsets, etc. All of the base game characters have been moved to be in the style of custom characters.

Also using .hscript files, you are able to make your own stages with custom coding. All of the base game stages have also been moved to be in the style of custom stages.

You are able to add your own songs and charts, through either editing the game's files yourself, or going through the in-game feature to add them.

You can add various different types of UIs, which change the note style, the rankings, the "ready, set and go", pretty much anything UI-related.

The game uses Mic'd Up's dialog system, which makes it a lot more advanced. There is also support for the old style of dialog.

There are a bunch of new modifiers added to the game like in Mic'd Up, including:

In addition to Mic'd Up's dialogue for Senpai, Roses and Thorns, this engine also added it's own Dialogue for Test. 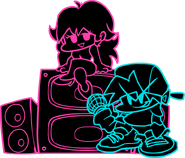 Boyfriend and Girlfriend as seen in the new title screen. 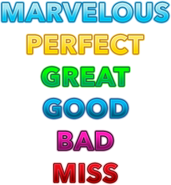 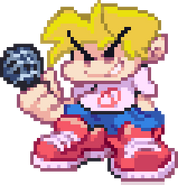 "bulb-pixel", found when shit songs for week 6 are turned on. 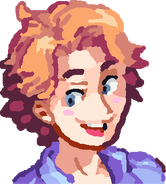 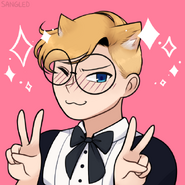 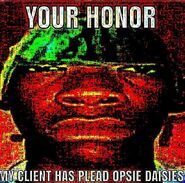 "he pinged the bulb nooooo"