Reason: BonziBuddy says Expand Dong. Also some of these character's sources are rated M games. G-Man's movements could possibly be unsettling to certain individuals. People Playground and Mutilate-a-Doll 2, the source games for the human and the ragdoll, are gory. Finally, BonziBuddy is a spyware.

Reason: Bonzi Buddy Sprite and everything else needed.

You fat rat, I hate you! Don't try to steal my spotlight ever again! - Original Dave

Reason: Half-Life and Garry's Mod are owned by Valve.

The mod, Friday Night Sandboxin' adds characters from sandbox games into Friday Night Funkin', which includes: Ragdoll (from MaD2), Bonzi, Interactive Buddy, Human (from People Playground), and G-Man (From Half-Life). The Difficulties are swapped from Easy to Hard from Hard to Easy.

Human is a character that originates from the sandbox game, People Playground.

Human appears as a slightly darkened pale-colored rig with a head with dotted eyes floating over a torso and arms.

Other than that, it's just an ordinary rig holding a mic. 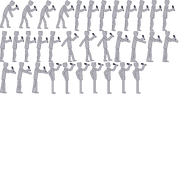 Other Ragdolls (only in MaD2) 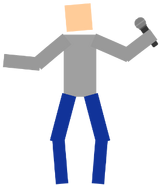 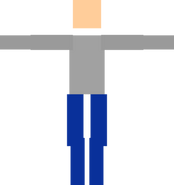 Ragdoll as he appears in MaD2. 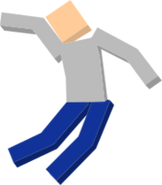 Ragdoll as he appears in the main menu or game icon of MaD2.

G-Man is a character that originates from the Half-Life series. However, here G-Man is a representative of the sandbox game Garry's Mod.

G-Man appears as he does in Half-Life 2: a realistic man with pale skin and black hair. He also wears a blue button suit and pants, a pinkish purple tie, and carries a gray briefcase. Unlike in Half-Life 2, where he has very subtle movements and is not very expressive, his body language is very exaggerated, with cartoonish facial expressions, much alike what players can do with character models in Garry's Mod by posing ragdolls.

His song is set in the iconic Garry's Mod map gm_construct. 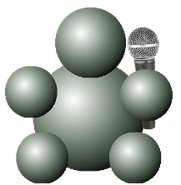 
Bonzi is a character that originates from BonziBuddy. He was a free desktop virtual assistant made by Joe and Jay Bonzi back in 1993. Depending on a user's choice, he would share jokes and facts, manage downloads, sing songs, and talk, among other functions. Some versions of the software were described as spyware and adware. Unfortunately, BonziBuddy was discontinued back in 2004 due to the company behind the software facing lawsuits, etc. Bonzi's website remained open after the discontinuation of BonziBuddy, but was shut down at the end of 2008.

His song is set in a Windows XP desktop, with the iconic Bliss wallpaper. 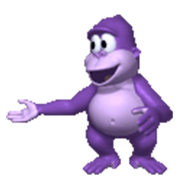 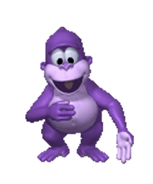 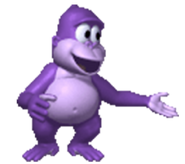 Background of Mutilation, which is a transparent file with nothing at all.