Frisk
The Eighth Human
The Child

Male (In The Mod)

Frisk is the main protagonist of the game Undertale from 2015. He is controlled by the Player that can follow 3 endings: Pacifist, Neutral, and Genocide. He now appears in a mod for Friday Night Funkin' over Boyfriend.

Frisk is a yellow-skinned boy with short brown hair and closed eyes. He wears a cyan, pink-striped shirt along with cyan pants and brown boots. He holds a microphone and also holds his SOUL, the SOUL trait being DETERMINATION. In week 5, he wears a hoodie, with his color palette being swapped, along with his sleeve cuffs and the brim of his hood having fluff around them. His shirt and pants are now white, his shirt stripes are now mint, and his boots are now black. 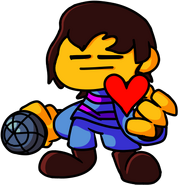 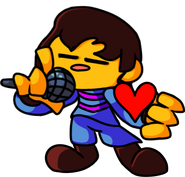 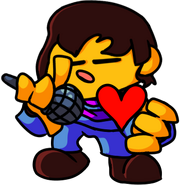 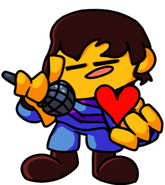 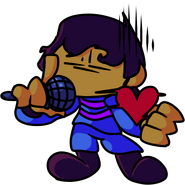 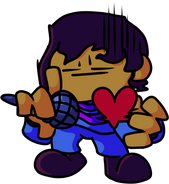 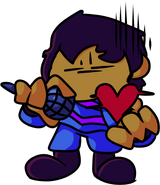 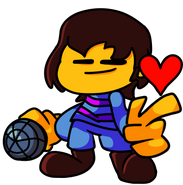 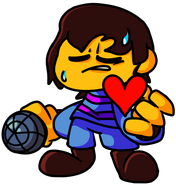 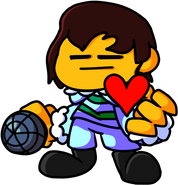