Note: It’s Whitty. Of course it would be a fan favorite. It's also one of the most famous boyfriend skins.

Reason: Fun Sized Whitty versions of Whitty's songs, and the new dead animation need to be added to the page.

Reason: The old game over animation, need I say more?

Fun Sized Whitty is a mod created by the Youtuber BombasticHype, he is a smaller version of Whitty and also has a Ballistic version of him. He is the first known (and most likely the first popular) fun sized variant of a mod to be created. He is most commonly a skin mod over Boyfriend.

Fun Sized Whitty looks like Whitty, but smaller and also younger. He has the same outfit as his normal counterpart (plus the bandage on his left cheek) and can even enter a similar state where his colors change and his eyes flash between multiple shapes (however, he appears to be crying as he does so). It is currently unknown how he can achieve his ballistic form, though it could be stress, given his facial expressions in said form.

His original appearance was much shorter and looked much younger, and didn't have the bandage on his cheek. In Week 5, he wears a red coat with white gloves and shoes, he wears a brown hat with a mistletoe on it, and looks happier in his Christmas poses and idles.

Note: None of these cameos are canon to Fun Sized Whitty's story. 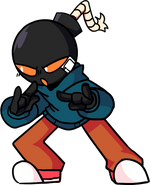 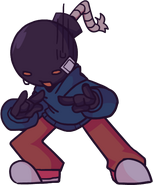 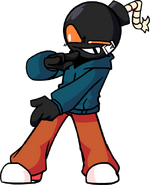 Static game over pose (shared by both normal and Ballistic forms) 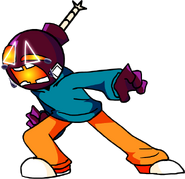 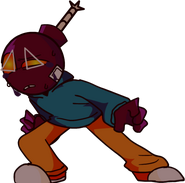 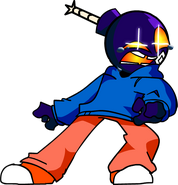 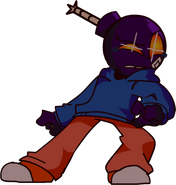 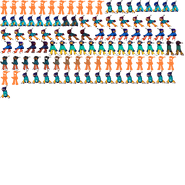 Cover for the remake version

A sketch of FS!Whitty's remake

A sketch of BALLISTIC FS!Whitty's remake 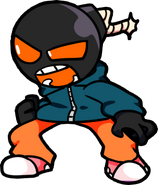 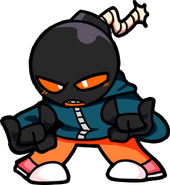 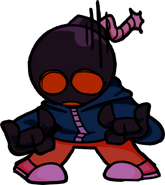 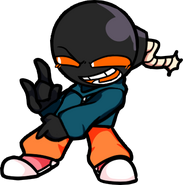 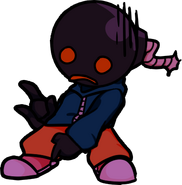 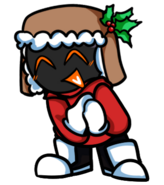 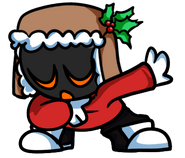 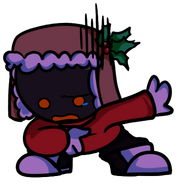 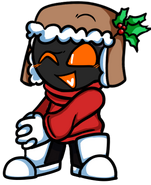 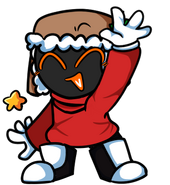