Reason: We still have quite a lot of hank reskins to cover on this page.

Reason: Same as above

Reason: Source material is Madness Combat, an animated series most known for being FILLED to the brim with graphic content and extreme violence.

Hank
The Protagonist
Our Hero
Murderface

DISSENTER (Poster and Mentioned only) (2019)

Were you looking for the fan-made V.S Hank High Effort mod, or Hank J. Wimbleton (VS. Online)

Hank J. Wimbleton, also called simply Hank is the main protagonist of the Madness Combat series. He now appears in a mod that adds him over Boyfriend, with some fan made animations.

In the Madness Combat Series, Hank first appears as a blank character or more commonly known as a Grunt. Throughout the series, Hank goes on a genocide murdering multiple Grunts in order to complete a task. However though usually at the end of every episode Hank ends up becoming damaged or killed causing himself to become bandaged, until we see his most popular design within Madness Combat 7: Consternation.

Want to know more about Hank?

Hanks appearance differs from almost every episode in Madness Combat, however the most featured design in his Mods are his "Depredation" and "Antipathy" designs (from MashProTato's and OrikanTheDiviner's mods). In his Depredation design, he wears bandages covering all of his head except his face, he wears a black bandana over those bandages on the top of his head. he wears red lensed glasses and a black face mask over his "mouth". On his body, he wears more bandages covering almost his whole body with a spot where it isn't covered, revealing a shirt with what is presumably and visibly a face on it. He wears a black trench coat over his body and just like almost every other Madness Combat character, has grey shoes. In his Antipathy design, he looks just like his Depredation design except his mask has been removed and a large, toothy mouth with a metal plate for a lower jaw is visible. he is also notably bloody.

However, in his upcoming week and in DozenRahyz's version, he takes his appearance from Madness Combat 7: Consternation. This is an appearance he takes after getting revived in the beginning of the same episode. Wearing a black mask and bandana that covers his whole face except his eyes, which are protected by red goggles. He wears Black, fingerless gloves and a black trench coat that covers his whole body, with a belt around him. He wears large, greyish brown shoes and has a red microphone. It should also be noted that his bandages are still seen under his bandana and mask.

Note: Most, if not all, of these cameos are not canon to Madness Combat or Hank's story. 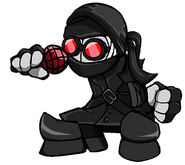 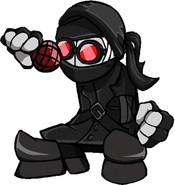 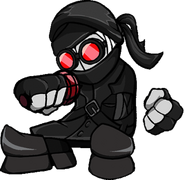 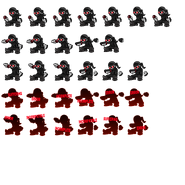 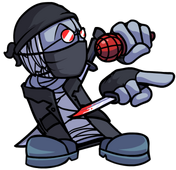 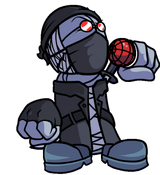 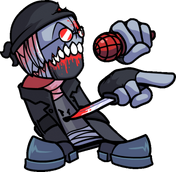 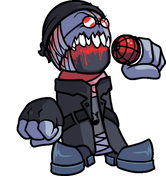 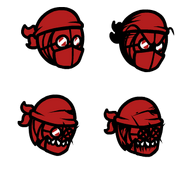 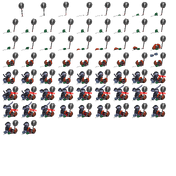 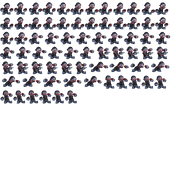 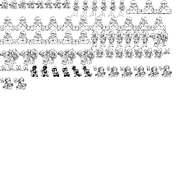 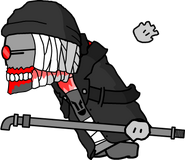 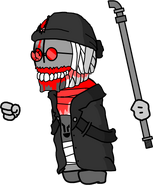 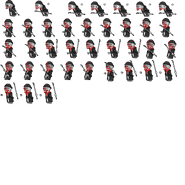 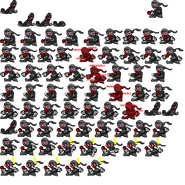 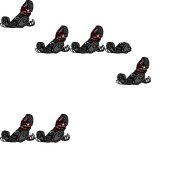 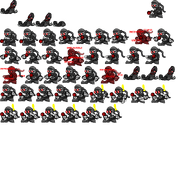 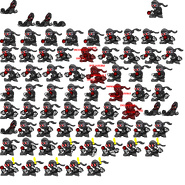 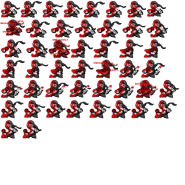 Hank in the background of Hellclown. 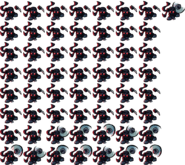 Hank, about to shoot Tricky

MAG Hank in the menu. 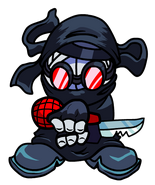 Hank J. Wimbleton as he appears in Madness Combat 3: Avenger. 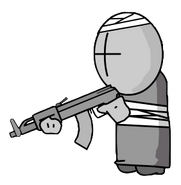 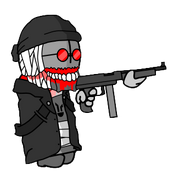 Hank's official appearance in Madness Combat 7: Consternation. One of, if not his most popular design.

Hank as he appears at the start of Madness Combat 9.5 Part 1. 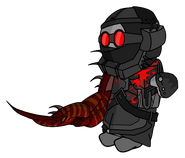 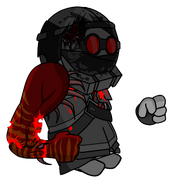 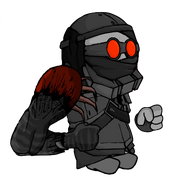 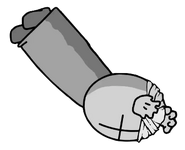 Hank as he appears as a nightmarish flashback in SACRIFICE.FLA. 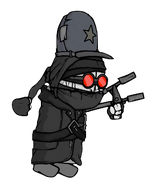 Hank as he appears in MADNESS: Project Nexus.