Funkipedia Mods Wiki
Register
Don't have an account?
Sign In
Advertisement
in: Characters, Based on Media, Females,
and 4 more

Reason: Animated poses and Week 5 and 6 poses are needed. Also they recently released a redux edition, so those need to be added aswell

Kid with the hat (Mafia Boss)

A Hat in Time
Friday Night Funkin' (As a mod)
Tunche

A Hat in Time

Hat Kid is the main protagonist of the platform action-adventure game, A Hat in Time. She now appears in Friday Night Funkin' as a mod made by Lads In Hats.

Hat Kid appears as a small child with brown hair. She wears mostly yellow and purple clothes, including her hat. Her shirt has a zipper and she wears brown shoes and a yellow cape. During Week 5, she wears a dark red dress with fluffy edges and the same goes for her cape, and now wears black boots along with her hairband being green and not wearing her hat anymore.

Note: None of these cameos are canon to A Hat In Time or Hat Kid's story. 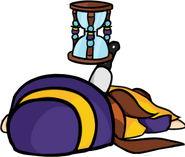 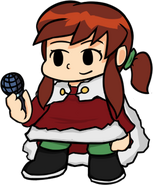 Hat Kid as she appears in Week 5. 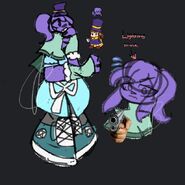