Reason: Herobrine's comes from a creepypasta, which everyone should know about. The point of Herobrine is that he was formerly a normal Minecraft player and then became a known creepypasta in the early days of Minecraft. Little Herobrine and the text that the hurt notes spell at the start of Danger (HARDCORE) aren't meant to be taken seriously, either.

Reason: Screen shaking is present in Danger, and after the beat drop, the screen flashing bright colors. Little Herobrine's lyrics are also something that should be taken to account here, as there's a few sexual references.

You wanna sing? But the BG isnt finished yet! - BBPanzu

Reason: The mod is a demo with more to come. Currently, the mod is in version 0.0.2.

Lets end this, so I can get Herobrine out of here. - X-Ruv

Want to know more about Herobrine?

Not To Be Confused With Vs. Herobrine


“Fine, Herobrine is real, and he gains spooky vengeance haunting power whenever you remind me of him. Only way to stop him is to ignore him.”
― Notch

Herobrine is an alleged ghost that lurks within Minecraft. He is known to be one of the known icons in the early Minecraft days despite his existence being debunked.

Herobrine is a human entity, with the player skin of Steve but with bright white eyes that glow, as if they are a light source (compare with the eyes of endermen, spiders and cave spiders; which appear brighter than their surroundings without actually emitting light). 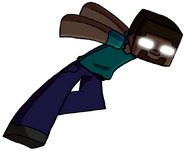 "hey vsauce here, how fast can you run?" 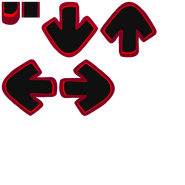 Ditto but with the story