Reason: Some more images of the mod's assets and hidden files would be nice.

Note: Hot Dog Vendor is a character who is played for comedy in the Madness Combat series. The mod contains comedic references to Nonsense.

Reason: The Hotdog Vendor is one of the many grunts in Madness Combat. Although no actual gore is shown, threats of physical violence do occur.

In the first cutscene, Hot Dog Vendor is shown at his hot dog cart, commenting on how it is a great day to sell hot dogs. He then realizes nobody is in sight, and is discouraged. He gets startled by Boyfriend, who points at Hotdog Vendor, presumably asking to rap in exchange for a hot dog. Vendor refuses, which leads Boyfriend to point a gun at him, convincing him. The mod's two songs then play.

After the second/final song, Vendor tells Boyfriend to just take the hot dog. Boyfriend then looks over to see Sanford and Deimos, who are confused as to what they just saw. The credits then play. 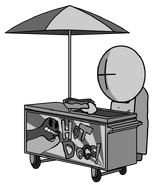 The Vendor as he appears in Madness Combat. 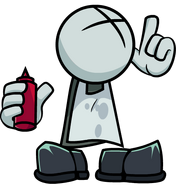 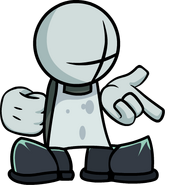 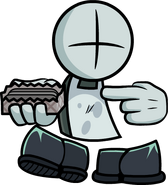 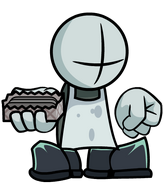 The menuBG used in the mod.

The Week 1 stage used in the mod. 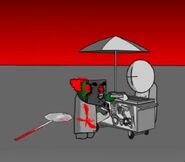