This article is suspected to be low quality by a member of the wiki. This may be due to formatting issues, low image quality or there is something missing in the article. It will be on debate until Azazel gives his rating. If the page stays like this for a while, it can be considered a candidate for deletion. Note that this template isn't for the mod's quality, it's for the page's quality!

Reason: WHAT IS THIS FORMATTING IN THE GALLERY!?

Jay is a character from Forgotten Memories, a mod created by Moloki, who is the same person who made VS. Noke, and Vs Loki.

Editor's Note: This is not 100% accurate, I wrote this down to the best of my abilities.

Narrator: Because of the existence of love, sacrifice, is born. As well as hate. Then, one as pain. I heard that from a show... I can't remember what show though, but. It doesn't matter what my name is. Well, I, can't remember that either, but worse. Nothing is ever lost to us, as long as we remember. When a person among Gumoner once said. So... If that thing is true, then... Who am I?

Girlfriend: Well, it sucks that we couldn't get the emerald.

Girlfriend: Well.. How do we get out of this forest.

Boyfriend: I dunno. Feels like we've been here for hours..

Boyfriend: Wait, who's that?

Jay: What brings you two here..?

Girlfriend: Mind giving us directions? We'll do anythin' for them.

Jay: Anything, hey? Well, I have been rather lonely..

Jay: How about a song?

Girlfriend: He asked who you are

Girlfriend: He asked for another round.

Girlfriend: Yeah, we.. Should help.

Girlfriend: So.. remember anything?

Jay: I was buried here.

Jay: A guy told me to shoot some kid, and well, I refused.

Jay: I wanted to have a normal life, get married, have a kid.. Y'know?

Jay: Who knows, maybe we might've been friends?

Boyfriend: ..We still can be.

Jay: Thanks. I appreciate it 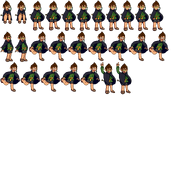 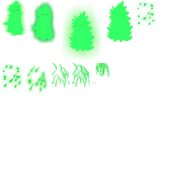 Logo for the mod

Background for the entire week