“Although I do feel the urge to wan.”
― Jerri

My Anthro OCs - Left To Right: Rinnaz The Rat, Strudy The Maid Wolf, Jerri The Dog, Veinady The Bat, Chocolate The Cat on Reddit

Jerri is an anthropormorphic dog that turned anthro in his owner's backyard. When an unknown group of people tossed an anthro potion into the backyard that he was in, he drank the anthro potion that leaked from the bottle.

In VS Jerri, Boyfriend helps Jerri make music so he can listen to them while he's drawing.

Jerri is a red dog with a reddish-brown hat and shirt. The hat has a "J" written on it. His hands and feet are white. He wears brown overalls.

Jerri: Sorry that I left you hangin'.

Jerri: Girlfriend told me you can speak English.

Jerri: So you don't have to speak in beeps and bops.

Boyfriend: So when I am talking to new people, I speak in beeps.

Jerri: I can understand that.

Jerri: Anyway, the reason I invited you two here...

Jerri: But I do it better when I listen to music.

Jerri: However, I ran out of music to listen to.

Jerri: So maybe you can sing with me?

Jerri: And while we're singing, we'll record it.

Boyfriend: Wait, is that why you asked Girlfriend...

Boyfriend: ...to bring a camera?

Jerri: That was good.

Jerri: However I think we can do even better.

Jerri: Are you ready for the next one?

Boyfriend: When it comes to funkin'...

Boyfriend: (Sorry to Hex since this is also your line.)

Jerri: You know what, nevermind.

Jerri: Although I do feel the urge to wan.

Jerri: That was pretty good Boyfriend.

Jerri: But let's try to pick up the fastest pace we can both pick up in the last song.

Jerri: So I asked Girlfriend...

Boyfriend: Whew, this is gonna be hard.

Boyfriend: But still, nothing can beat the Boyfriend.

Jerri: Are you ready?

Jerri: Although it is getting kinda late.

Jerri: The sun is setting.

Jerri: There! The video files are in my computer now!

Jerri: When I convert them into mp3's, I can listen to them.

Boyfriend: Well, time for us to go home.

Boyfriend: It's getting late.

Jerri: I didn't even have a chance to say bye to you.

Tutorial Dialogue (In VS Jerri)

Boyfriend: Why tho? He invited us here...

Boyfriend: Yet he isn't here?

Girlfriend: He is probably out doing something.

Girlfriend: Whatever, lemme call him...

Girlfriend: He sent me a text saying:

Girlfriend: "Went outside to get ideas for drawing art."

Girlfriend: "Will be back in an hour."

Boyfriend: When was that text sent?

Boyfriend: So that means that we have to wait...

Girlfriend: While I wait.

Boyfriend: Wait, what's that beside you?

Girlfriend: Oh I have a camera.

Girlfriend: He told me to bring it.

Boyfriend: Oh. I wonder why.

Girlfriend: Me too, but let's just ask him when he gets here.

Boyfriend: It is pretty boring.

Girlfriend: I know what we can do to pass the time.

Girlfriend: Do you wanna go over the basics of funkin' again?

Boyfriend: Sure, since I have nothing better to do. 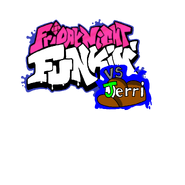 Logo of the Mod 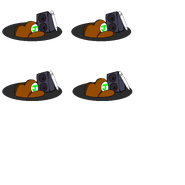 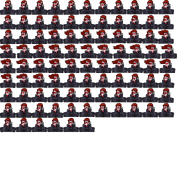 Background of Tutorial (In VS Jerri), Itsa Me, Wan Wan, and Inspiration