Were you looking for another version made by Nosadx?

Lucky Boy is a character that replaces Pico. Originally Lucky Boy was an unused character put in the game as a joke and was never intended to be a character within Friday Night Funkin'. This mod re-implements Lucky Boy as the antagonist of week 3. He comes with 3 songs that also happen to be unused assets.

Lucky Boy a sock with blue and red stripes along the bottom and googly-eyes attached to the front. He wears a backwards cyan cap. He doesn't use a microphone unlike most Friday Night Funkin' characters and uses a red rectangular guitar as an instrument instead. Yellow laser-like particles emit from Lucky Boy. 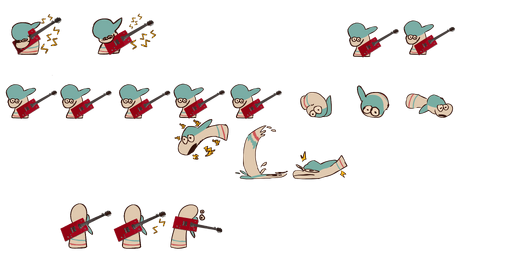