Were you looking for her Mashups?


Lylace (Or Lace as the character 's name) is a character created by Lylace herself, representing her overview channel as a whole, also she is a well known YouTuber for making BETADCIUs.

Lylace is a fair-skinned woman with purple hair and eyes, a white shirt with an exposed breast window and orange blouse, tan leggings and orange shoes with white laces and soles. On her head is a small skull that can spin around and react whenever she hits a note. 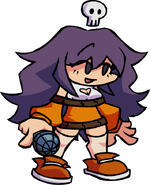 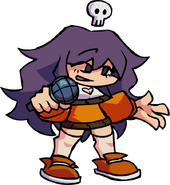 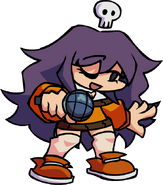 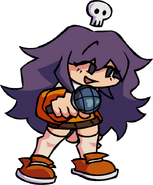 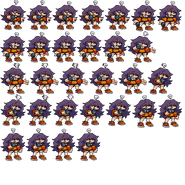 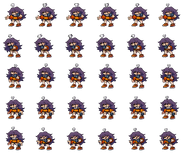 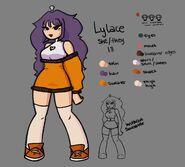 A preview of Lylace's animations prior to release. [2]