Maid in the Mist

Topic: The Maid in the Mist looks sad overall, and might make the player feel the same. Also it comes from The Binding Of Isaac.

Maid in the Mist

The Maid in the Mist is a character originally created by NotYourSagittarius as the beta design of the Binding of Isaac Boss: Min Min. Min Min was redesigned and thus left this design unused, however it is well known and liked within the community and now has a GF replacement mod by J64.

The Maid in the Mist appears as a blue-ish gray ghost with rounded hands. She has hair that covers her right eye, and is seen with a frowning expression nearly the entire time. Her hair is lit on-fire, and she's seen holding a baton, which she will use to point in various directions in her pose animations.

In Week 4, Maid can be seen crouching with a startled expression, covering up her flame to prevent it from being put out from all the wind.

In Week 5, Maid can be seen in a Christmas outfit and is now smiling. In addition, her flame was relocated to the ball of the Christmas hat. 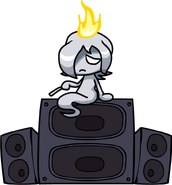 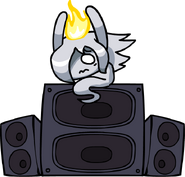 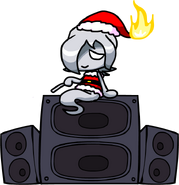 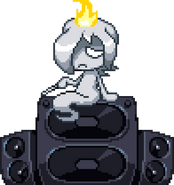 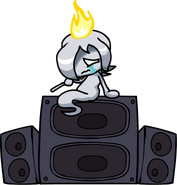