Reason: Matt is owned by Nintendo.

I can do some COOL RAP! - Chick-fil-A Ron

Reason: This video explains why Matt is well known.[1]

Upcoming: Matt is planned to have a sequel.[2] Vs. Matt: AMiiversarry Edition is set to release in Q2 of 2022 with new sprites, crossover songs, and more.

Not to be confused with a different Matt.

Matt is a famous Mii character from the Wii Sports series on the Nintendo Wii (owned by Nintendo), and is an absolute unit at sports, mainly boxing (the sport, not boxing items).

Matt carries a basketball and various other items in his animations such as a basketball in his idle, a baseball bat in his down animation, a paddle in his right animation, a tennis racket in his left animation, and boxing gloves in his up animation. These of course are all sports in the original game. For his WiiK2 he looks mad, abandons the sports equipment and his eyes have grey shading under them.

He also has black sweatpants and an orange shirt. He sports a goatee and is wearing orange gloves.

Note: None of these cameos are canon to Wii Funkin' or Matt's story.

Light It Up Dialogue

Matt
Welcome to the arena! I'm here to train you today! I see that you brought your girlfriend too.

Matt
Alright, let's start with a warm up. Show me what you got!

Matt
Feeling the heat yet?

Matt
Alright, this is a long one. Can you keep up the rhythm?

Matt
I see that you have experience. I kinda went easy on you.

Matt
This used to be the final exam. Are you ready for the challenge?

Matt
What are you two doing here? The singing lessons are on Tuesday.

Matt
Wait, you wanna keep training? I don't even have my gear with me right now, and I'm tired.

Matt
If you wanna keep singing that bad, I won't go easy on you.

Boyfriend
You know, Matt, you're a good trainer but we need to talk.

Boyfriend
Your songs are so spammy and filled with notes that I prefer talking to you!

Boyfriend
Your songs are bad 'cause you sing too much! hahaha

Boyfriend
Hold on, Matthew. I need to read these notes I was given.

Boyfriend
Just wanted to say, thanks for all the support given to Wii Funkin'.

Boyfriend
Wii Funkin's development was rushed, but hopefully this update solves some issues with 2.0.

Boyfriend
Sorry Mac users. Can't compile this update for you.

Matt
Boyfriend, are you okay? What are you talking about?

Boyfriend
Also just wanted to give a warm welcome to the new generation of mods coming up.

Boyfriend
If you don't think your mod is good enough to be up there with the big ones...

Boyfriend
...just look at this dude. We finished this in, like, 3 days.

Boyfriend
And if you wanna form a team, don't be afraid to look for a team in Matt's comment section!

Boyfriend
Wait Matt, why are you crying? Did I say something?

Matt
Let's just get this over with. I have training with Beach Brother tomorrow.

Boyfriend
You know Matt, you're a good trainer but we need to talk

Boyfriend
Your songs are so spammy and filled with notes that talking to you is more entretaining!

Boyfriend
Your songs are bad cus you sing too much! hahaha

Matt
lets just get this over with, im really really angry right now

Matt
because Sulayre didn't come up with anything smart for this dialog!

Matt
What are you two doing here? The singing lessons are on Tuesday.

Matt
I'm guessing you came back to challenge me again. Are you not satisfied?

Matt
I almost lost my job because of you. You humiliated me in front of everyone.

Matt
What the absolute funk is wrong with you?!

Matt
I had patience. I gave you a chance. That's not even funny.

Matt
Sing as loud as you can. No one will be able to hear you scream.

Matt
I'll punch you so hard you'll forget how to speak completely.

Note: This is the only pre-2.0 song that had dialogue.

Light It Up Dialogue (Old)

Narrator
Boyfriend went to train with the globally known Matt, known for his intense training.

Found in Light It Up's music folder in the files.

Light It Up Dialogue (Unused)

Matt
Ah, I see that you have came for training...

Matt
Let's warm up. Show me what you got!

Matt
I see that you have experience. I kinda went easy on you.

Matt
you're using an old version of kade engine, are you ready for the challenge? 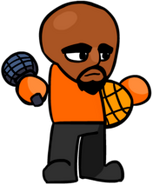 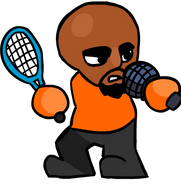 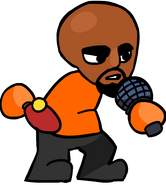 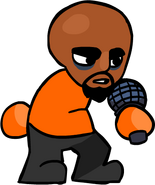 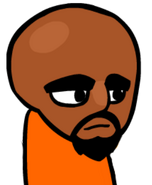 The background for Wiik 2

The logo for the mod.

A difficulty that has the old charts from Wii Funkin 1.0 that appears in the Gamejolt exclusive version of Wii Funkin. [4] 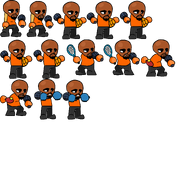 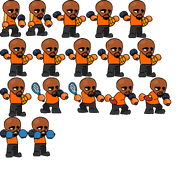 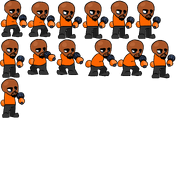 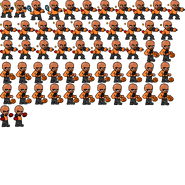 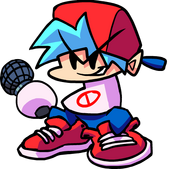 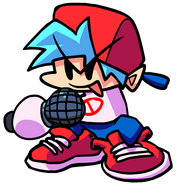 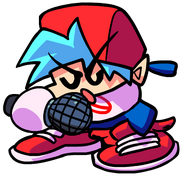 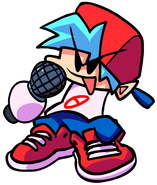 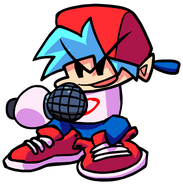 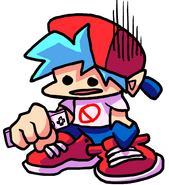 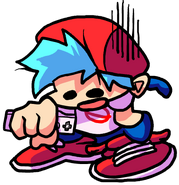 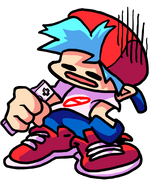 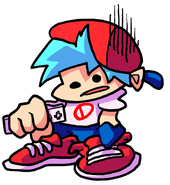 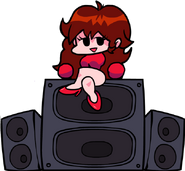 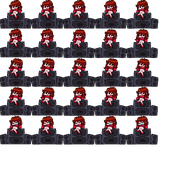 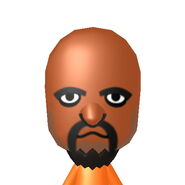 Matt as he appears in Wii Sports 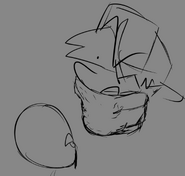 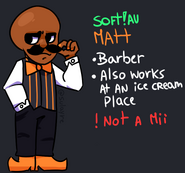 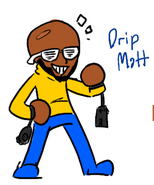 Matt older left pose, can be found in flash file.

Matt older down pose, can be found in flash file.

Matt older up pose, can be found in flash file.

Matt older right pose, can be found in flash file.

Matt old sketches, found in the file in the main background.