Funkipedia Mods Wiki
Register
Don't have an account?
Sign In
Advertisement
in: Characters, Girlfriend, Females, Based on Media

Mayday is a character from the game No Straight Roads, made by Metronomik and modded in by unkn0wnErr0R. After getting lost, they ended up in the FNF Universe, where her and Zuke become the Boyfriend and Girlfriend. Such is the way of life.

Mayday has orange skin, magenta eyes with flower-shaped pupils, and pale yellow hair with three small pigtails and braided side bangs. She wears a sleeveless red dress with a dark red underlayer, black knee-length shorts, a black fingerless glove located on her left hand, black shoes with the toes and heels cut out and purple trim, two armbands on her left arm, and a black choker on her neck. 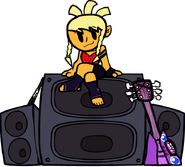 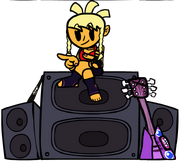 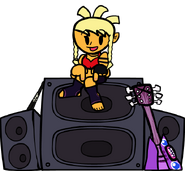 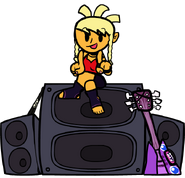 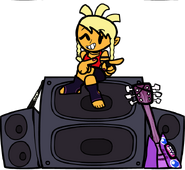