View source
watch 01:36
We're Getting Mutants in the MCU - The Loop
Do you like this video?
Play Sound
Fan-Made

Are you looking for the original Mid-Fight Masses?

Are you looking for the original Sarvente or for DestrioSZ's Reanimation. Maybe others, then?

Remastered Sarvente is the new and non-canon remastered version of Sarvente, it was made with the intent of looking like in a more FNF Style design. 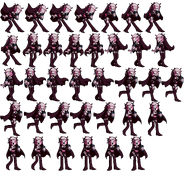 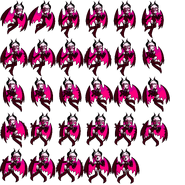 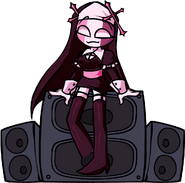 Sarvente in the title screen of the mod.

Ditto, but in original appearence version.

Are you looking for the original Ruv or for SugarRatio's Reanimation?

Remastered Ruv is the new and non-canon remastered version of Ruv made by AmazeinG. It was made with the intent of looking like in a more FNF Style design.

Ruvyzvat has pale white skin, with grey stripes, and he wears a a grey Ushanka with black stripes on the ear flaps, a black eye patch with an unknown symbol given by Sarvente, a grey snow jacket, black pants, and black snow boots. He's also considered Russian.

Ruv when he sits on a collapsed pillar 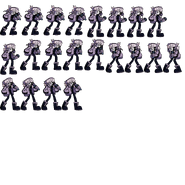 Are you looking for the original Selever? Or the fanmade full week that the creator of this remaster worked on?

Remastered Selever is the new and non-canon remastered version of Selever made by AmazeinG. It was made with the intent of looking similar to the Friday Night Funkin' design.

Selever is a half-demon with white, messy hair in a ponytail. He has thin black horns and thinner black wings. He wears a rose-colored sweater, a black bowtie, a white undershirt, black pants, and high-heeled black shoes. 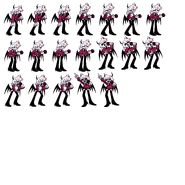