Do you speak a word of English?! - Mecha Sonic

Issues detected: A LOT of grammar errors need to be fixed.

Issues Present: Animated V pose and idle are horribly cropped, left and right miss poses are basically the same and Week 4 and Week 6 images are SO BLURRY.

Mikellino (Fusion Of The Heart)

Friday Night Funkin' (In his mod)

Miguel Bernal Montes (born: March 27, 1993 [age 28]), better known online as Mikecrack, is a Spanish YouTuber dedicated to gameplays like Minecraft (usual) and Roblox as well as some vlogs, Pinturillo, Fortnite and some other random moments of known games (He also calls himself the most prone YouTuber in the world), when he gets angry, he usually hits his table. He used to make tutorials, trolleys and even made series such as Dimensions he likes Diamond and Chocolate

Mike or Mikecrack is a yellow dog with black and white eyes. He wears a green cape at all times and sometimes a crown. 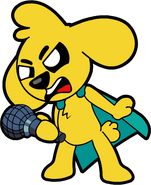 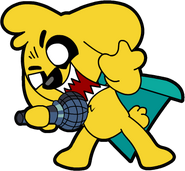 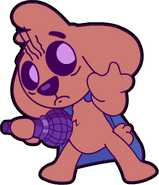 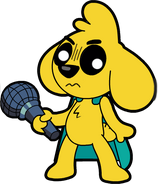 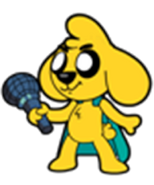 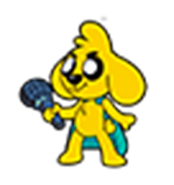 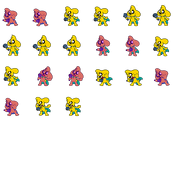