Reason: Some aspects of old Monster Boyfriend, including the teeth and body horror in his death animation, may trigger some people. His third form (as seen in the gallery) might also be considered disturbing or unsettling by some. Some of the trivia may also be considered upsetting due to references of cannibalism and death.

Monster BF is a version of Boyfriend made by FHSister which changes Boyfriend's appearance to make him look more like Monster (otherwise known by what fans call him, Lemon Demon)

Monster BF looks almost exactly like the original Boyfriend, albeit with a few major differences. He is much larger, he has bloodshot eyes, and his hands and feet are black. His t-shirt also is changed to a sweater with the same logo as his old t-shirt. In Week 5, his regular hat changes into a Santa hat, he is wearing Santa Clothing, and he is holding a bell. 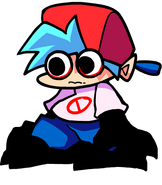 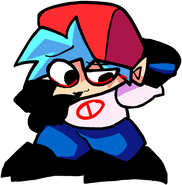 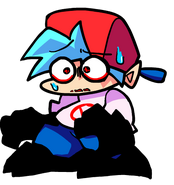 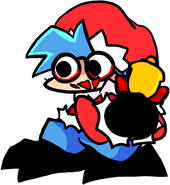 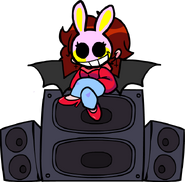 Monster Girlfriend's appearance in the mod 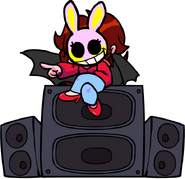 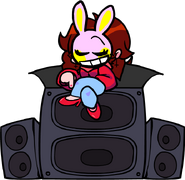 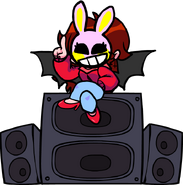 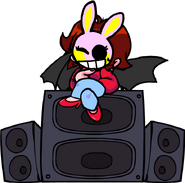 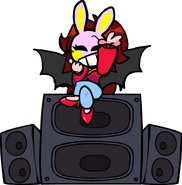 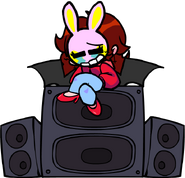 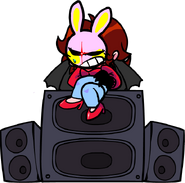 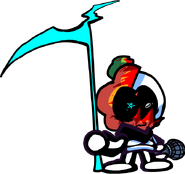 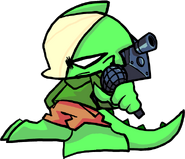 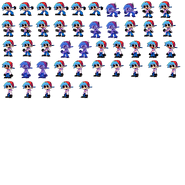 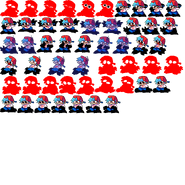 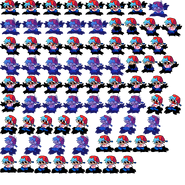 Minus Monster BF by FHSister. 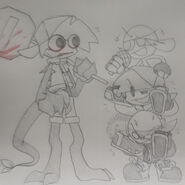 Minus Monster BF and the three Minus Boyfriends. 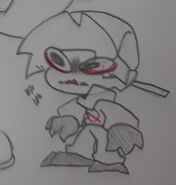 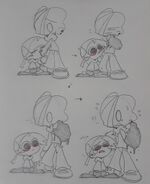 Doodle of monster BF with Pico.

Another doodle of Monster BF with Pico. 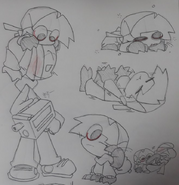 Doodle of Monster BF with Boyfriend. 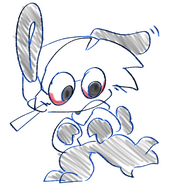 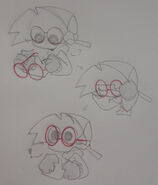 Monster BF putting on some glasses.

Monster BF with the glasses. 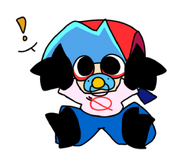