Moony is a character created by Joel G, and the mod for her was made by rhubarb on Gamebanana. In her mod she is a fusion of her moon form and her humanoid form, as seen in the description and assets.

Want to know more about Moony?

Moony appears as a humanoid with split skin both white and gray. Her left eye appears normal while the right one is a square-like hole. In the series, a variety of things appear in the hole while this mod she only has the square hole. She has short black hair on the right side of her head and wears a dark turquoise jumper with long sleeves. She wears black pants and has tan colored shoes with white socks. 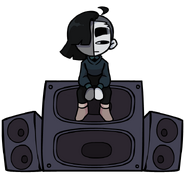 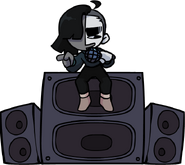 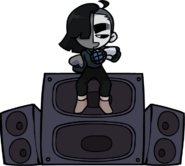 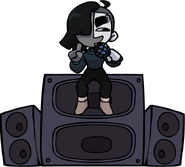 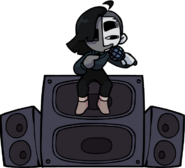 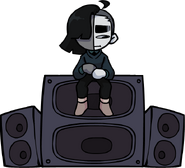 All of Moony's animated poses

Moony after you break a combo. 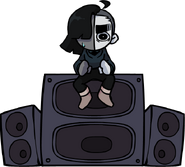 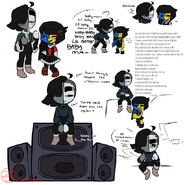 Concept Art of Moony, including a Christmas outfit for Week 5.

Moony, as she appears in her series of origin. 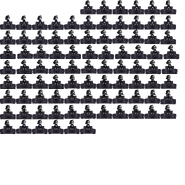