Genderless (has a masculine appearance and voice)[1]

Are you looking for the Neo mod or the Unofficial Neo Matt Mod?

Neon is the protagonist of the upcoming 2D platformer AdventNEON. They appear as a mod in Friday Night Funkin' and were created by CryoGX.

His mod takes place as Boyfriend and Girlfriend cross dimensions and arrive in the world of AdventNEON, where they find the titular protagonist themselves. Neon attempts to bring them to safety, only for Boyfriend to reject Neon's help and make it clear that he and Girlfriend are from another world. Boyfriend challenges Neon to a rap battle, confusing Neon, but they accept anyways, under the condition that they play Neon's music.

Neon has green metal-like skin with a upside down cyan and a sky blue triangle-like marking on their forehead, as well as similar, smaller markings on the sides of their eyes, green spikes that resemble hair and orange eyes with white sclera and white pupils. And a purple line in a line.

During their idle animation, they stomp their left foot and are shown to have a confident grin on their face. They hold their microphone in their left hand.

When Neon enters Max mode in their third song, Transgression-F, their metal and eyes becomes neon green, and their clothes become shaded in various hues of dark and light green. They also seem to emit a supercharged lightning effect from their body. They no longer stomp their foot in their idle animation, and instead they stand still with a determined, stoic expression on their face. Notably, unlike most mod characters in their third phase/song (they get angry and no longer use a mic), Neon not only does not get angry in the third song but they also still use their mic.

Note: All of these cameos are not canon to AdventNEON or Neon's story.

Neon: I'll get y'all somewhere safe. They'll destroy you here.

Neon: Dawg, I know I'm mechanical, but you don't gotta talk like--

Neon: And y'all hopped dimensions for a rap battle? Against me, specifically?

Neon: You know you in a robo-police state, right?

Neon: I like your attitude. Ai'ight, let's see what you got.

Neon: Nice. You're pretty good at this.

Neon: So let's turn up the pace a bit.

Neon: CryoGX made this mod. Most all of its art and music was done by him.

Neon: I'm from AdventNEON, an action platformer that he's also making by himself.

Neon: I don't fight humans like you, but over there I trash haywire bots at lightspeed.

Neon: And can literally FREEZE TIME to punch them harder.

Neon: If you like what you see and hear, here, there's literally more of me in free demos.

Neon: That stuff ain't easy, so if you're liking this mod, definitely check out AdventNEON too!

Neon: All this sudden distortion maxed out my Resonance.

Neon: ...And that distortion seems to be coming from y'all.

Neon: You feel like you're being ripped back to your world...

Neon: Then, while I'm maxed out, let me throw this last track at you.

Neon: No telling how much time we got, so 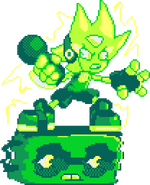 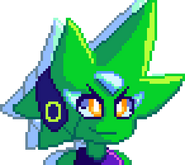 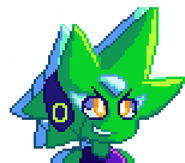 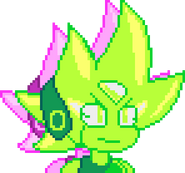 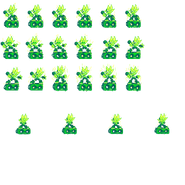 Neon's mod banner, made by CryoGX.

Neon as they appear in their debut game.

Animation of Neon found in the mod files.

The main menu art of the Neon mod. Created by Sir Amity.

Ditto but in blue.

Ditto but in purple.

Ditto but without color.

A sprite comparison of Boyfriend's changed idle in this mod, posted on AdventNEON's Twitter. 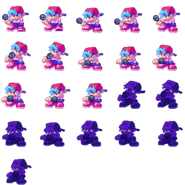 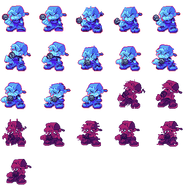 "Max Neon VS Minus Boyfriend - ENGAGE!" 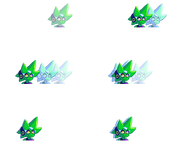 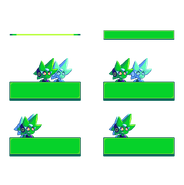 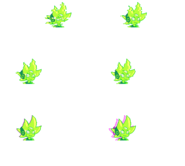 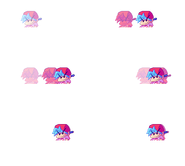 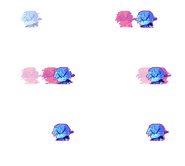 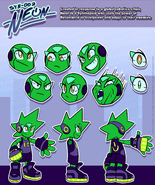 Neon maxing out his resonance in the cutscene