Reason: The background during Dissconnected changes rapidly, his Beta hollow design can flash alot too.

“why'd you throw your microphone at me?”
― Noke, Cavern


You and your girlfriend come to find an emerald in this musty cavern, and this blue haired bastard beat'cha to it! You attempt to rap battle against him to claim your prize, but Noke doesn't seem to wanna let go.

Noke has goggles and a purple jacket, he also has black jeans, red sneakers, and a white shirt. When he is angry, he crosses his arms, loses his happy expression and has a frustation-sign on the middle of his eyes. In Dissconnected, he occasionally "disconnects" into a Hollow form; during this state, he turns greyscale and loses his face.

Note: None of these cameos are canon to Noke's story.

Note: Dissconnected has no dialogue.

(Noke appears to examining an emerald with his gear. Then, all of a sudden, Boyfriend hits him on the back of his head with his microphone)

Noke: why'd you throw your microphone at me?

Noke: Im not giving you this emerald.

Noke: a rap battle? im up for that

Noke: let's see how you handle this!

(Girlfriend looks over at Noke looking worried, then, he suddently gets angry and the walls turn red)

Noke: I ain't giving ya the emerald!

Noke: and I ain't losing!

Noke: you know what?

Noke in the story mode menu 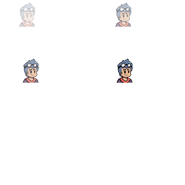 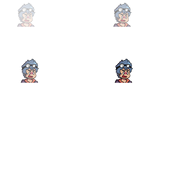