Reason: During Highlights and Context, the screen will turn white and shake.

Reason: Reference can be found here.

Upcoming: 2.0 has been released to the public on GameBanana which is also the demo version so there's still more to come! It will feature four weeks, and will also have an EX remix, Also, the Cyber Sensation mod is crossing over with Nonsense in its new update.

Reason: We now need the sprites for the remastered version of 'Highlights', remastered background, every cutscene, baby difficulty music, all of EX Nonsense's remaining assets, and etc.

Reason: 2.0 has been released to the public. Keep in mind that this is only a demo version of Vs. Nonsense.

i ain’t Nonsense, don’t call me that - Bob

Issues Present: White edges on Fun Sized animations, (+ there are white edges on the beta icon) The context files are broken and is it just me or the new Nonsense idle has tiny little mini white edges?

Not to be confused with Nonsense But Real IRL.

Nonsense is NonsenseHumor’s character or/and persona and the A Nonsensical Friday Night mod star. One day, Boyfriend and Girlfriend break into his house (making a giant hole in the wall, and leaving Nonsense confused) and rap battle him, but everything goes downhill when Boyfriend shoots Nonsense and does a Fortnite Default Dance.

Nonsense is a Filipino guy with fully white skin and tall brown hair. He wears a cyan T-shirt, brown pants and shoes. Both of his arms are swinging as he is bored. In Context, he has a pinkish purple blood on his chest (because Boyfriend shot him). In Nonsense and Nonsensical, his eyes turn into black to glowing yellow. He is also levitating.

In the EX versions of his songs, he attains his pants and shoes. He wears a white shirt with a Supreme logo on the center. He also wears pixel sunglasses that is actually a reference to the "Deal with it"/"Thug Life" meme.

Note: These cameos can both agree to the canon and deviate from Nonsense's story.

Reason: At the Nonsense end a loud explosion can be heard.

Note: "Nonsense" is not available in Baby Difficulty. Look in the "Story Mode" tab if you want the actual song

Narrator
(Boyfriend pulls out a gun)

Nonsense
Dang dude, you got some pretty tight bars, but uh... get out.

Nonsense
Di- did you just shot me!?

Nonsense
I'm okay with that.

Nonsense
Did you just default dance? Ok, you have crossed the line, buddy.

Boyfriend
Beep! (with a text saying NO U)

Nonsense
Di- did you just shot me!?

Nonsense
I'm okay with that.

Nonsense
Did you just default dance? Ok, you have crossed the line, buddy.

Narrator
(Nonsense gets a glow in his eye. Boyfriend pulls out his gun yet again)

Narrator
(The gun turns into ash, and it blows away in the wind. Nonsense, out of thin air, brings his house to space, realizing he has powers)

Nonsense
Whoa, powers... I didn't know I had one.

Nonsense
Ooh... I honestly feel bad for you.

Nonsense
I mean you did kinda suck at this.

Narrator
(Boyfriend performs a dab... in 2021, zooming in, deep fried, with the bass boosted sound effect played on the background)

Narrator
(Nonsense gets a glow in his eye. Boyfriend pulls out his gun yet again)

Narrator
(The gun turns into ash, and it blows away in the wind. Nonsense, out of thin air, brings his house to space, realizing he has powers)

Nonsense
Woah, powers... I didn't know I had one.

Nonsense
Ooooof.. yeah man, you're not cut out for this.

Narrator
Instead of playing Nonsense, the player takes back to the week selection screen)

Narrator
(Boyfriend misses the one note, and Nonsense fires his lazar at Boyfriend. Leading BF to his death.

Nonsense
Would a rap battle cheer this guy up?

Sky
You're so sweet, sir.
Crying Child
Let's do it.

Nonsense getting confused in the middle of Highlights.

Nonsense boring himself in the middle of Highlights. (If you have less than 74% of accuracy)

Nonsense getting mad in the middle of Context

Nonsense at the end of Context.

God Static up and right.

God Static up at the end of Nonsense. 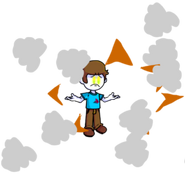 The foreground during Common Sense, Highlights, and Context.

Nonsense shooting his gun in the end of Random.

Boyfriend at the beginning of Common Sense.

Boyfriend making fun of Nonsense at the near beginning of Context if you have +75% of accuracy. (possibly a reference to "Get a load of this guy")

Boyfriend worrying at the near beginning of Context. (If you have less than 74% of accuracy) 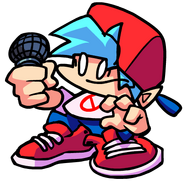 Boyfriend looking shocked at the beginning of Nonsense.

Boyfriend doing the default dance in the Context cutscene after shooting Nonsense.

Nonsense in the title screen of the mod.

Nonsense's Old Design (The only actual difference is the lines) 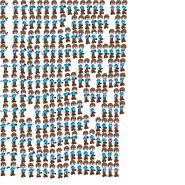 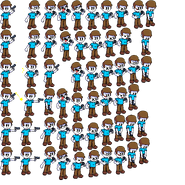 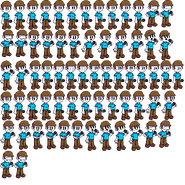 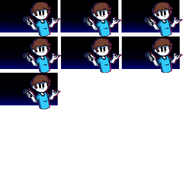 Spritesheet of Nonsense in the title screen 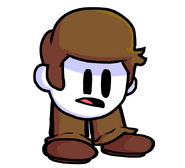 Nonsense, but with just his head and legs, found in Big Chungus files

Some sketches of Nonsense made by NonsenseHumor (Including: Among us Nonsense, Minus Nonsense, Female Nonsense, Etc...)

A leak for a cover of Monochrome featuring Nonsense (IRL) as the opponent, as seen on the live stream of a mod contributor on the Modding Discord Server.

Ditto, but the right pose.

Ditto, but the up pose.

Nonsense EX design for the update. 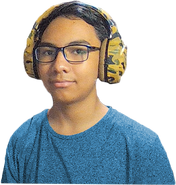 Me.png (In the game file)

Teaser for the Cyber Sensation crossover.