Not to be confused with VS Parappa the Rapper

Were you looking for Friday Night Funkin' with Parappa?

PaRappa Rappa, also known as PaRappa The Rapper, or simply PaRappa is a character from the 90's game PaRappa the Rapper by the Japanese videogame company NanaOn-Sha. He is now in a mod replacing Boyfriend. An official mod was created by SylverStar, giving PaRappa a different design.

PaRappa appears as an anthropomorphic dog that wears an orange beanie (with a frog on it) and a blue sleeveless shirt with darker-blue pants, he has some red sneakers and holds a microphone. 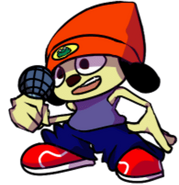 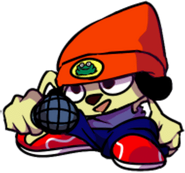 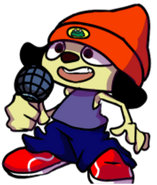 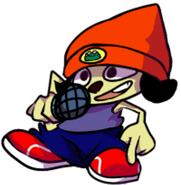 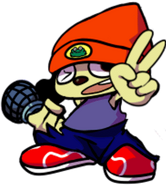 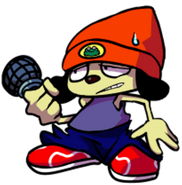